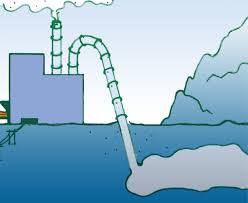 An article from The Great Change blog begins like this: "Two physicists walk into a bar..."

On a hot summer night in 1992, or so we are told by a writer for MIT’s Technology Review, two particle physicists at Los Alamos National Laboratory were staring out over the moonlit desert and sipping cold beers. Given the story that followed, I kind of wonder whether something more aromatic than beer was involved.
“What if,” Klaus Lackner wondered out loud to his companion, Christopher Wendt, “machines could build machines? How big and fast could you manufacture things?” It was not a new idea. Science fiction writers had been drawing from that meme for half a century to populate whole galaxies. But Lackner and Wendt were a real scientists, working at a real National Laboratory, the same one that invented the atom bomb.
They decided that the only way the scheme could work would be if you designed robots that dug up all their own raw materials from dirt, harnessed renewables to power the process, and taught succeeding generations of robots to copy themselves. Quoting from Technology Review, March 2019:

They eventually published a paper working out the math and exploring several applications, including self-replicating robots that could capture massive amounts of carbon dioxide and convert it into carbonate rock. “My argument has always been we need to be passive,” Lackner says. “We want to be a tree standing in the wind and have the CO2 carried to us.” The robot armada, solar arrays, carbon-­converting machines, and piles of rock would all grow exponentially, reaching “continental size in less than a decade,” the paper concluded. Converting 20% of the carbon dioxide in the atmosphere would generate a layer of rock 50 centimeters (20 inches) thick covering a million square kilometers (390,000 square miles) — an area the size of Egypt.

In 1999, Lackner released a government study titled “Carbon Dioxide Extraction from Air: Is It an Option?” It was a bit starry-eyed, imagining that direct CO2 removal could be accomplished for $15 per ton. The machines that actually do that today require $1000 per ton but many working in the field hope to get that cost down to $600 or even $50 with further investment, at scale. Still, the idea had Lackner in its grip. He left Los Alamos in search of sponsors. Gary Comer, founder of the Lands’ End apparel catalog, gave him $8 million. Lackner founded Global Research Technologies and built a small prototype… and ran out of money. GRT was sold and its buyers went bust, too. The idea’s time had not yet come. Still, Lackner had definitely started something.

Human activities (mostly the burning of hydrocarbon fuels) has initiated a process of global warming that has undermined the stability of Earth's climate in ways that puts our human civilization in very significant jeopardy. What we have seen so far is nothing to what's coming.
While we - human beings - are ultimately responsible, of course, it's fair to say that our machines have caused the global warming problem. Those two scientists, Lackner and Wendt (and they are not alone, of course) decided that the solution would be new machines, "artificial trees," that would then reverse the process begun by our original machines.
Maybe that, and other "geoengineering" suggestions, might work, but building new machines to counteract the impacts of the old machines seems counterintuitive to me. In fact, The First Rule of Holes, applicable in many circumstances, including this one, suggests that when you are in a hole, and want to get out of the hole, the most important thing to do is to "stop digging."
The Great Change blog post ended not with the physicists in the bar, but with Franklin D. Roosevelt and the Congress. Let's take a look at that option!

It would be worth recalling by the Biden transition team that on a day when the Capitol was shrouded in a black blizzard from the Dustbowl, the 74th Congress appropriated the money for Franklin Roosevelt’s plan to build a great wall of trees from Texas to the Dakotas. Between 1935 and 1939, the Works Progress Administration (WPA), the Civilian Conservation Corps (CCC), and the Forest Service (USFS) planted 217 million trees on 232,212 acres. The New Deal turned back the desert and saved the American breadbasket. Now, since 2000, owing to agricultural subsidies, fencerow-to-fencerow planting, suburban sprawl, and a waning conservation ethic among Plains farmers and their lenders, most of those trees have been cut, burned, and buried where they stood. In Nebraska alone, 57 percent of the original plantings are gone, even as climate change threatens a repeat of the 1930s, on steroids. Whether Roosevelt’s great green wall will be replaced with real trees or artificial ones remains to be seen.