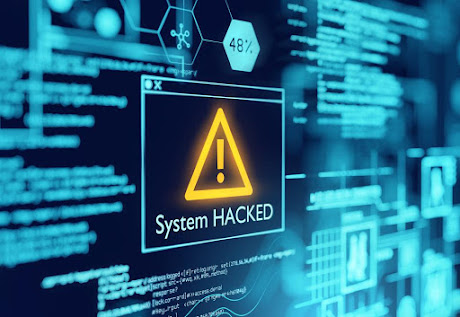 We have been reading about the relatively recent and extensive cyber attack aimed at various United States Government agencies, including the Energy Department and the United States Treasury. Apparently, Russia was responsible.
According to an article in the January 1, 2021 edition of The New York Times, the attack went way beyond the government agencies initially identified. Non-government entities were also targeted. Microsoft, for instance, reports that it was hacked, although the company has downplayed the danger. SolarWinds, the software management company whose software was used as the pathway into the hacked systems, has reported that "the compromised software made its way into 18,000 of its customers' networks."
Not that long ago, I pointed out that there were some serious downsides to using internet servers as the repositories for vital information. In my posting on July 8, 2020, I focused on cryptocurrencies, and the caution I noted had to do with the immense amount of energy required to maintain the server farms that constitute "the cloud," and that make cryptocurrencies possible. In view of our global warming crisis, increasing "cloud storage" is one route to weather modification, and not a very desirable one, since the impacts of global warming on our weather is almost totally uncontrollable and do not, generally, appear to be benign. Building more and more server farms, and storing more and more of our information in "the cloud," is maybe not such a great idea.
The most recent "hack attack," which breached so many secure systems inside the United States, highlights another major "downside." The information found in the servers that have created "the cloud" contain vital information that, if compromised, could be used to create havoc in a targeted society. The illustration at the top of this posting is linked to a story about how a cyber attack in Great Britain put its electric power grid in imminent danger of failure. Cyberwarfare is an ever increasing possibility, and the financial, and health, and other information that makes normal life possible is now, truly, at risk.
We have learned - in this last election cycle, if in no other way - that our increased reliance on the internet for general information about what is real and true has resulted in a breakdown, or near breakdown, of human communication. We are seeing, in fact, that the information we obtain by way of the internet - where it is easy to initiate rapid communication with millions of people, simultaneously -  has put the coherence and stability of our democratic society in danger.
It seems to me that we should begin seeing a pattern emerging here. If there is any truth in that "talking with strangers" prescription as a way to build the kind of trust and allegiance that makes our democratic society possible, that communication and discussion needs to be on a person-to-person basis, in the real and physical world. Same thing with our not very deeply examined decision to make ourselves almost totally dependent on computer systems, existing in "the cloud," over which individual persons have essentially no control - and computer systems that exacerbate our global warming crisis, to boot.
These decisions are, as I said back in July of last year, "maybe not such a great idea."
Image Credit:
https://www.forbes.com/sites/daveywinder/2020/05/15/cyber-attack-on-uk-electricity-market-confirmed-national-grid-investigates/?sh=439f4bc4712a