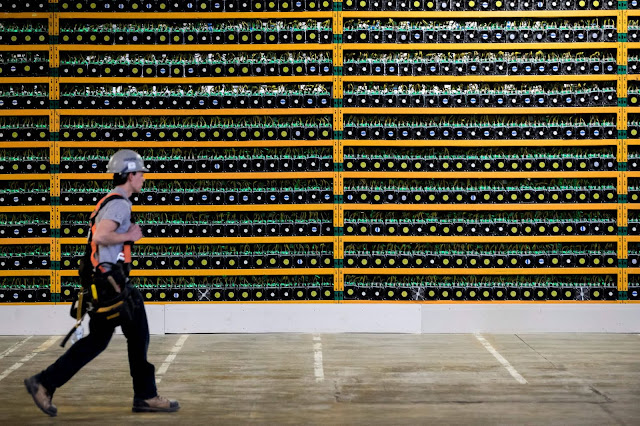 Back in the middle of January, The Wall Street Journal celebrated a financial triumph for the world's best-known cryptocurrency: "Bitcoin Rallies, Approaches $9,000." That is what the headline said in the print edition of the paper on January 16, 2020. Online, The Wall Street Journal headline was even more emphatic. It added a boast that "Bitcoin ... Trounces Stocks, Bonds, Gold and Oil."

I have never been a big fan of cryptocurrency. The attraction, as I understand it, is that there is no central authority in charge of the money supply. This is considered to be a "feature, not a bug." Since there is no central authority in charge, no government or bank is in a position to take away your money. Again, that is cited as an advantage, because it is true that sometimes banks and governments do, essentially, steal the money that is on deposit with them, or that is measured in value by the currency issued by the government.

No such problems are supposed to exist in the case of bitcoin or other cryptocurrencies, although I would point out that the value of bitcoin appears to resemble a continuing gamble that the price will, somehow, inevitably go up. Comparing bitcoin to "stocks, bonds, gold, and oil" seems to be on target. If you want your money to be put into constant play in what amounts to a speculative "currency casino," bitcoin may be just what you are looking for.

That is not the kind "savings" plan I want for my own money. The problem I worry about is this: if your money does disappear (and that has happened with bitcoin), there is no government or other institution that is specifically responsible. Thus, you have no way to hold anyone accountable. At least, that's the way I see it.

But let me raise an additional issue, also serious. As Wikipedia tells us, cryptocurrencies exist only by way of an online technology that "creates a distributed ledger, typically a blockchain, that serves as a public financial transaction database." That database exists, and the cyrptocurrency exists, only because a large number of computers are linked, and are in constant communication. The picture above shows bitcoin "mining" equipment in Quebec, Canada. The article from which I obtained the photo informs us that "Bitcoin consumes more energy than Switzerland." Vox calls bitcoin "an energy hog."

In case you hadn't noticed, we are facing a planetary-level peril that is being created by our use of energy, the greatest source of which is the combustion of fossil fuels. Using less energy, not more, is the correct prescription for human survival. In our current climate crisis, it doesn't make much sense to develop a whole new concept of money that is based on the production and consumption of massive amounts of energy obtained from the combusion of hydrocarbon fuels.

In short, for various reasons, including the need to maintain Earth as habitable for ourselves and other living things, it may be that bitcoin, and cryptocurrencies in general, are not such a great idea.