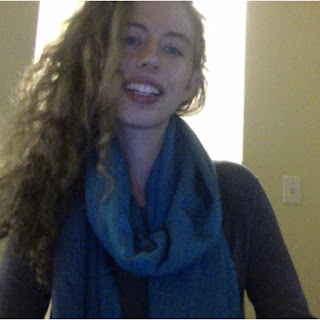 In most years, we anticipate the holidays with joy. But I don’t think anyone I know is feeling that way this year. For many of us, the holidays will likely be lonely, quiet, punctuated with Zoom calls instead of hugs. I vividly remember calling my parents at the end of February to tell them to cancel a planned trip to see me and our three-month-old baby in April. It won’t be safe for a while, I said.

I had no idea it would be this long.

Last week, New York Times columnist Farhad Manjoo posted a column about his struggle with the dilemma of wanting to be with your family for the holidays but also wanting to do the right thing for public health. He described tracing the contacts his family had, realizing that what they thought of as fairly safe behavior actually opened them up to secondhand exposure from hundreds of people, and deciding to go see his family for Thanksgiving anyway. The article was met with outrage and has since been tweaked (it now describes the get-together as an outdoor dinner, which is safer).

But when I read the initial version, I didn’t feel outrage. I felt a jolt of recognition. It is weirdly common to look at the evidence, conclude that, yes, Thanksgiving this year poses substantial risk of killing someone, and then be tempted to do it anyway.

This leads to a concept I’ve been thinking about lately. I’m in the effective altruist community, where we spend a lot of time discussing the best ways we can improve the world. In that community, there’s an argument we have a lot.

It’s over something called the “demandingness objection.” That’s an unwieldy phrase that gets at a pretty simple concept: acting in a moral way can sometimes demand too much from us.

Most people have a sense that morality ought to be, well, reasonable. It might demand that we donate a little to charity, but it doesn't demand that we donate everything to charity. It might demand that we sacrifice for others, but it doesn’t propose boundless, unending, infinite sacrifices. That’s why some people conclude we ought to donate 10 percent of income to charity — that's enough to make a huge difference but not so onerous on one’s standard of living. And it feels like morality should be allowed to ask that of us, but not allowed to ask everything of us.

But sometimes it does ask everything of us.

I believe that if you were in Nazi Germany, morality would demand that you hide your Jewish neighbors — even though this might mean sacrificing everything. I believe that if you were in the rest of the world, morality might demand fighting Nazi Germany, even if that meant sacrificing your life. I believe in the moral urgency of abolitionism, of smallpox eradication, of a thousand triumphs won through the unreasonable sacrifices of people who should never have been asked to make them. I believe that the moral urgency that’s easy to see in the past is sometimes present in the present, too.

Now, it is healthy, important, and essential to the functioning of thriving moral communities that we build a conception of morality that is self-sustaining and meaningful, that does not burn or bum us out, that does not demand infinite sacrifices in a way no one can relate to and achieve. It is a strike against a moral system if people cannot actually live it.

All that said, I think it is too convenient to believe that morality will never ask far too much of us.

This year, what morality asks of us is clear. When people avoid indoor unmasked gatherings with others, we slow the spread of the virus enough that the people who are sick can get good care, instead of dying in hospital waiting rooms. We prevent some infections entirely. We save lives.

And yet it does feel like morality asks far too much of us. Many people have been forced to risk their lives working in dangerous conditions to provide health care to dying people. Many people have missed their children, been unable to return to their home country, grieved alone when funerals were disallowed.

Even for the luckiest among us, this year has asked us to endure pain and disruption and suffering and heartbreak, and it has demanded of us that we endure it alone, together over the internet and together in our hearts but not together in our homes. It has asked us to wear masks and stay in and skip treasured parts of our daily routines and mark milestones alone, or not at all. I canceled my wedding this year. I text my family pictures of a grandkid they haven’t met.

But the sacrifice is not infinite. It is not eternal. It is for another six months, maybe, hopefully. It is now estimated that vaccines could be widely available within the US this spring.

We will one day be safe from the coronavirus. We will stop its spread. And then we will hug the people we love, and we will grieve with them, and we will catch them up on everything we have missed. For those of us who survive this year, we will recover from it.