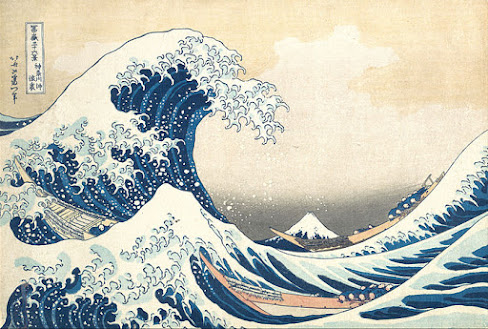 When great danger comes, as when a great wave threatens to roll in from the sea, putting in peril all those who live upon the shore, some who learn of the danger will think only of themselves. These will scramble, individually, inland and uphill, to save their own lives and whatever they can gather together and bring with them out of danger. They will take no care for any others, perhaps not even for their family, not even for their friends. They may even put others in greater jeopardy as they rush to save themselves.

Others, of course, hearing of the danger, will refuse to believe it. The alarm will sound, announcements will be made, but these will choose to do nothing, refusing to admit that their existence could be so quickly overturned, all in an instant. That such a catastrophe could happen is simply unimaginable. It would be unfair! It would be too much to bear. It must not be true! These, when the wave does come, will perish in the flood.

I tell you now, friends, the alarm has been given. There will be no time but this present time in which to choose. The Great Wave is on its way.

The Great Wave off Kanagawa (Japanese: 神奈川沖浪裏, Hepburn: Kanagawa-oki Nami Ura, "Under the Wave off Kanagawa"), also known as The Great Wave or simply The Wave, is a woodblock print by the Japanese ukiyo-e artist Hokusai. It was published sometime between 1829 and 1833 in the late Edo period as the first print in Hokusai's series Thirty-six Views of Mount Fuji. The image depicts an enormous wave threatening three boats off the coast in the Sagami Bay (Kanagawa Prefecture) while Mount Fuji rises in the background. Sometimes assumed to be a tsunami, the wave is more likely to be a large rogue wave. It is Hokusai's most famous work and is often considered the most recognizable work of Japanese art in the world.