#323 / Sticking With Shakespeare (And George Fox) 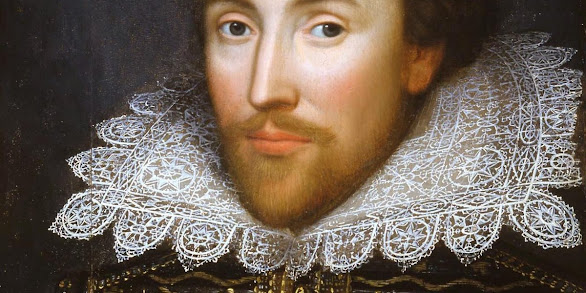 Lorenzo Zucca is a professor of law and philosophy at King's College London. His latest book is A Secular Europe: Law and Religion in the European Constitutional Landscape. Zucca is currently working on his next book, entitled The Poet of Uncertainty: How Shakespeare Helps us Navigate an Uncertain World. In a short article in the online magazine Psyche, "Much ado about uncertainty: how Shakespeare navigates doubt," Zucca provides readers with a partial preview, contrasting Shakespeare with Descartes:

William Shakespeare lived in an age of uncertainty. His society was traversing a number of unpredictable challenges that spun from the succession of the heirless queen Elizabeth to the ascent of a new class of merchants. But the biggest issue had to do with religious conflicts. In the premodern world, religion provided absolute certainty: whatever we knew was implanted in our mind by God. We didn’t have to look any further. Once that system of beliefs started to collapse, Europe was left with a yawning gap. Religion no longer seemed capable to explain the world. René Descartes and Shakespeare, who were contemporaries, gave opposite answers to the sceptical challenge: Descartes believed that our quest for knowledge could be rebuilt and founded on indubitable certainties. Shakespeare, on the other hand, made uncertainty a leitmotiv of all his works, and harnessed its creative power.

I was writing only yesterday about the "uncertainty principle" in quantum physics. With all due respect to Descartes, I think Shakespeare (and Zucca) have the best of the argument, and I am sticking with Shakespeare. Uncertainty is the ultimate "name of the game," and it is particularly true that there are no certain "laws" that mandate what must happen in our human world.
Zucca's article analyzes Othello and Hamlet as Zucca discusses the concept of uncertainty from a philosophical perspective. Let me reference another one of Shakespeare's plays, Julius Cesar, to point out a practical truth that is directly related to the uncertainty that is endemic to our human situation. Here I will cite to an "e-note" on one of the most famous lines from that play:

Brutus:
There is a tide in the affairs of men.
Which, taken at the flood, leads on to fortune;
Omitted, all the voyage of their life
Is bound in shallows and in miseries.
On such a full sea are we now afloat,
And we must take the current when it serves,
Or lose our ventures.

Brutus and Cassius are discussing the final phase of their civil war with the forces of Octavian and Marcus Antonius. Cassius has been urging that they group their forces at Sardis and take advantage of the secure location to catch their breath. Brutus, however, advocates heading off the enemy at Philippi before Octavian can recruit more men. Brutus's main point is that, since "the enemy increaseth every day" and "We, at the height, are ready to decline" (lines 216–217), he and Cassius must act now while the ratio of forces is most advantageous. "There's a tide in the affairs of men," he insists; that is, power is a force that ebbs and flows in time, and one must "go with the flow." Waiting around only allows your power to pass its crest and begin to ebb; if the opportunity is "omitted" (missed), you'll find yourself stranded in miserable shallows.

In human affairs, there is no "certainty," at any time. What we can be certain of, however, is that what will happen is going to depend on our human choice and action. Brutus is right, of course. We can observe the tides; we can feel them flow, carrying us and others along. The uncertainty comes in whether or not we will act. If we do, we will carry on to fortune. If we don't, we lose our ventures.
The time for action really has come with respect to the challenges and opportunities we face - those challenges and opportunities outlined recently in my posting on "Iron Laws."
All will depend on what we do, and there is no certain guarantee. Only our choice.
I always like to quote George Fox, the first Quaker. Brutus might have liked Fox, too: