Back near the end of October, I ran across an online article published by FEE, the Foundation for Economic Education. The article was titled, "There’s Only One Way to Stop Polarization from Tearing America Apart." Here is how the article begins:

Growing up in the early 2000s, I used to see those little “Coexist” bumper stickers on cars all over town. I don’t see them anymore. Maybe the bumper sticker trend faded, perhaps I moved to a more conservative area (let’s be honest, those people were liberals), or maybe people just gave up on the idea of 330 million people all getting along.

The idea of coexistence does, unfortunately, feel quite quaint these days. Polls and studies back up what we all anecdotally know to be true: Americans are deeply divided and increasingly hostile toward those with opposing views. Startling numbers of Americans say they would go so far as to fire someone based on their vote for president. Meanwhile, 56 percent say they expect to see violence following the election, and another 61 percent fear we are on the verge of a second civil war.

Hannah Cox, who wrote the article, is described as "a libertarian-conservative writer, commentator, and activist." She is also a Newsmax Insider and a Contributor to The Washington Examiner. In other words, Cox is not exactly on my political wavelength. Her "one way" to stop polarization, however, does have a certain appeal. Cox would like to ressurect "federalism," which is, of course, the fundamental basis upon which our democratic government has been founded. As I have been known to say (on more than one occasion), we are the United "States" of America. The "States" come first, having united and formed the national government, which is the only government with explicitly limited powers.
For a long time, federalism has been falling out of favor. More and more, we "nationalize" every political issue, and every election, and find ourselves looking to Washington, D.C. for the solution to virtually every problem. Since the Executive Branch, over the years, has risen to a "more than equal" power status, among the three branches of our national government, we are primed for autocracy. That is, in fact, what we have been getting during the last four years, a government in which the president claims that he, and he alone, should decide what happens. Congress, which is actually supposed to make the laws, and set the rules, has become habituated to going along with whatever the president wants. The courts, intended to "check and balance" the other two branches, have more and more been transmuted into one more partisan institution. The recent Supreme Court appointment reinforces this reality.
Cox suggests "federalism" is our way back to coexistence:

From the beginning, even before we were this big and diverse, our system was designed to allow for peaceful coexistence among very different people. Each state possesses its own executive, legislative, and judicial branch, along with its own constitution. And the Tenth Amendment of the US Constitution grants most political authority to the states:

The powers not delegated to the United States by the Constitution, nor prohibited by it to the States, are reserved to the States respectively, or to the people.

This structure of government is what we call federalism. The founders intended the states to operate as laboratories for new ideas and programs. If a state tried a successful approach to a problem, others would take note and replicate it. If a state did something terrible, the harm was mitigated and would impact fewer people. And the federal government was on hand to step in if a state infringed upon individual rights.

The founders recognized that a big, centralized federal government could not adequately represent people from so many different places. They also knew it should not attempt to micromanage the lives of diverse citizens with varying interests.

Read what Cox has to say. It is something worth thinking about! 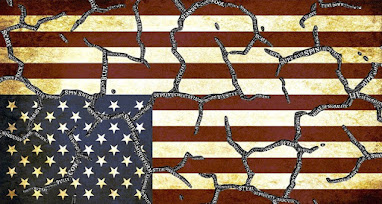