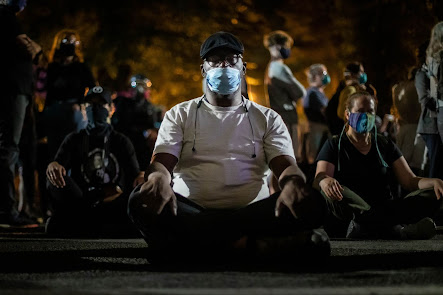 The New Yorker, which I almost always find has something worthwhile to say, ran a little article, online, on October 24, 2020. Get ready for the title (and click the following link for the article itself):
What Can You Do If Trump Stages a Coup?
That title rhymes, did you notice? Just like Dr. Seuss:
What can you do
If Trump stages a coup?
Go hide in the closet
Is that what you'll do?
Go sit in the street?
Now there's a good thought!
But sitting in the street
Might count for naught.
You could go buy a gun
And learn how to shoot.
I'm thinking that tactic
Won't bear good fruit.
What to do? Make a plan.
You and me, too.
If we all stick together
There won't be a coup!
Seriously, this New Yorker article, about the possibility of a Trump coup, is worth reading. It even features some thoughts from Santa Cruz resident Steven Zunes. The Boston Globe has also run an article on the topic, highlighting the work of  Choose Democracy. An even more recent New Yorker article outlines how the election could be stolen, in some detail.
Sometimes, even talking about alarming possibilities helps precipitate them into reality. Since anything is possible - good things and bad things both - describing the bad ones gives them permission to compete in the "possibility derby" that is always running in the back of our minds, and that sometimes takes over the front of our minds, too.
Think about that one. The danger of talking about things like coups is that sometimes people decide that such a possibility is so likely that it becomes an actual reality, even before it actually is. Those members of the so-called "militias" that have formed up, and armed themselves, and that are contemplating civil war in the United States, provide us with a good example of how a hypothetical possibility begins to seem so real that people start acting on the hypothetical. That does, sometimes, actually precipitate the possibility into our waking world. It would be a shame if our public discussion of the possibility of a Donald Trump "coup" helped bring it into being.
That said, the idea that we may be heading for a "coup" has already escaped from the zoo, and is definitely out there in the public forum - mostly thanks to the president himself. Since that is true, the "What Can You Do" article in the New Yorker ought to be on your reading list. Think of it this way. Even though it happens very infrequently, sometimes big black bears do break into vacation cabins. If you have never even thought about that possibility, it could seriously disrupt your vacation plans if it ever happened to you! It might be good to contemplate the possibility, in advance, the better to be prepared. A little thinking ahead about that "coup" idea can be considered one more example of the precautionary principle in action.
While I am urging you read the entire article, here are what I think are the most important points (my emphasis highlighted in bold):

[George] Lakey, who has white hair and bushy white eyebrows, is a Quaker, and brings a cheerful, Sunday-school-style delivery to lessons about overthrowing authoritarian regimes. He began with the work of the political scientist Stephen Zunes, who has studied occasions when the citizens of a country managed to rise up and defeat a coup: Bolivia, in 1978; the Soviet Union, in 1991; Thailand, in 1992; and Burkina Faso, in 2015.

According to Zunes, these movements had several things in common: they were nonviolent, and they drew from a broad cross-section of society. And they refused to compromise. So, Lakey emphasized, there could be no cutting a deal with Trump. “That is reeeeally important,” he said, citing a demand from the Choose Democracy pledge: “Every vote must be counted. And we refuse to accept the authority of someone who is practicing something different.” Another takeaway, for activists, is to focus “on the center of the political spectrum,” Lakey said. “We’re looking to influence them to tip the outcome of the struggle in our direction.” Will they side with the protesters or with Trump.

To illustrate, [Lakey] told the story of the Kapp Putsch, in the Weimar Republic. In 1920, a group of soldiers, veterans, and civilians tried to seize control of Berlin, under the right-wing leadership of Wolfgang Kapp. The legitimate government fled, and Kapp proclaimed himself the country’s leader. “He walked into the capitol building ready to run the country,” Lakey said. “However, he found that the government workers had all gone on strike. There was nobody in the building except him.” He wanted to issue a proclamation that he was running the country, Lakey added, “But he didn’t know how to type. So, the next day, he had to bring his daughter to type out the manifesto.” The coup collapsed within days. Lakey said, “The magic in that situation was the rapid alliance that was built, over a weekend, between the left”—trade unions, Communists—“and the center. It could overcome the right wing, even though they had the Army.”

He said that his listeners should start to build similar alliances. “Go beyond the usual suspects: the progressives, the left.” One woman asked in the chat, “Who is the Center in the US these days? Dems? Church? Libertarians? Moderate Republicans? Ha. How to trust them?” Lakey assured his audience that, while the U.S. may feel extremely polarized, “the truth is we’re not nearly as polarized as we may become.” He said that centrists could be found everywhere from the business world to the medical establishment. “Bank presidents. People who manage schools or colleges . . . you name it, if it’s some kind of institution that expects to have a future (emphasis added).

I don't give much credit to the idea that there will be a serious effort at a "coup." But that black bear could break into our democratic tradition, and if that does happen, I don't want to be hiding in a closet. I think the Zunes/Lakey prescription is right on target, and the nonviolent strategies advocated by Choose Democracy are what we should be thinking about. Salon magazine indicates that labor leaders are thinking ahead, and are discussing a possible general strike. The key, if a coup is attempted, will be never to give up, and to insist that undemocratic and illegitimate efforts to overturn our election will never be accepted.

The basic principle really is as simple as that. Everything stops until democracy is restored. In a democratic society, which we are - and which we must never concede that we aren't - the government is our government. We must simply refuse to go along with any attempted coup. Luckily, we have our state governments, the basic unit of government in the United States, and we need to insist that they not countenance a usurpation or "coup" that denies the results of a fair election.

Remember that there are militias out there that have already been thinking about a new civil war, and that have dreamed that idea right onto the cusp of reality. Let's not give them an excuse to push it over the edge. 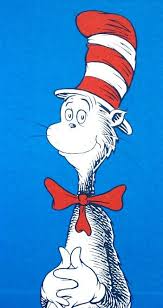