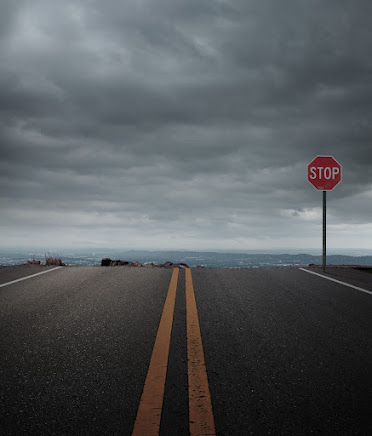 David Frum, a speechwriter for President George W. Bush, has given us a warning in a recent article in The Atlantic. The warning came in the headline to Frum's article:
Last Exit From Autocracy
America survived one Trump term.
It wouldn’t survive a second.
Frum's article makes what is now a pretty familiar critique of the conduct of President Trump (and of those who have enabled him). The president is crooked and corrupt, says Frum, and he is an authoritarian. Given that, Frum makes clear that there are significant risks to our democracy that would become an urgency, were the president to be reelected. It is a good article in that way. Click the link (above) to read it, which you will be able to do if you are either a subscriber to The Atlantic, or have not yet worn out your welcome to read a limited number of articles in The Atlantic, each month, before the website shuts you out. I have also been informed (though I have never tried it) that using the Chrome Browser in the "incognito" mode may let you slip by the Atlantic's paywall.
I have no quarrel with almost everything that Frum says about President Trump, and about the high stakes in our upcoming election. I must say this, however: I don't like that headline! And I don't much like Frum's statement that, "No one could do anything to stop him."

"No one has stopped him." That is the more accurate statement, not that no one could have stopped him. It would also be correct to say, "No one did stop him." Someone could have stopped him, but no one did. That's the truth. It isn't the truth that no one could have stopped him. The truth is that those who could have stopped him didn't stop him. We didn't stop him. Review my recent blog posting on what must happen in the case a "coup" is attempted.
If it were actually true that no one "could" stop Trump's corrupt and authoritarian actions, then Frum's headline prediction might be better supported. That headline proclaims that while America has "survived one Trump term," it would not "survive a second."
I take exception to this importation of the laws of physics into our political life. "Inevitability" is not a category that ever applies in the realm of human affairs, in our politics, and in our life together.
If Trump is crooked, and corrupt, and is an authoritarian who misuses his official powers - and Frum definitely makes a good case that he is - the correct reaction is not to decide that nothing can be done about it. The correct reaction is to proclaim the absolute necessity that we actually do something to prevent further abuses.
I am as nervous as everyone else about the outcome of the upcoming election. We are going to know how the election went in just a few days now. I can feel the dark pressure of dread press down, but I will not be crushed. I will not capitulate.
If the president is reelected in a fair election, then I, and all of us who believe, with Frum, that he is corrupt and that he has misused his powers, must muster our efforts, and engage, and do all we can to insure that the president will not continue to flaunt the law and the Constitution. We are going to have to divert our attention from our personal concerns to the task of insuring that "America," and our democratic government, survives.
Even more so if the president loses the election and then seeks, somehow, to defy that electoral decision.
Most of us, most of the time, are willing to let the machinery of government work on its own. However, it is "our" government. When it becomes clear that it is malfunctioning, we must turn our attention to how we make it run right. Those working for the election of Joe Biden and Kamala Harris, to replace our current president and his vice president, are already in gear. Those who have already voted against the president are in gear. And those who haven't voted yet still can, since the election is next Tuesday, November 3rd. Those who have voted or will vote for a change have begun the process necessary to make sure that our current president will not be able to continue his corrupt and crooked ways, defying democracy.
But what happens if our current president is reelected (or if he loses and refuses to abide by the election results)? That does not mean that America will not survive. Not unless we acquiesce. Not unless we name ourselves helpless, as Frum would suggest we are, people who "couldn't do anything" to stop the absuses of democracy that are our legacy and the inheritance that we must make sure will be passed on to those who follow us.
I do not agree that there is nothing to be done. I hope those who are reading this agree!
Image Credit:
https://www.theatlantic.com/magazine/archive/2020/11/last-exit-trump-autocracy/616466/