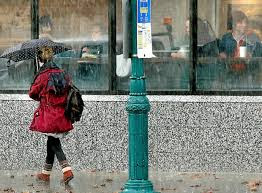 I consider Jill Lepore, Harvard historian and writer for The New Yorker, a national treasure. Here is a picture:

Lepore's article, in my opinion, is a "must read" for anyone who is now despairing about democracy. The United States has been here before, says Lepore, and despite massively daunting challenges, we have managed both to maintain and enrich the vitality of our democracy. In other words, the article is profoundly encouraging. Check out what Lepore says about how a project initiated in Des Moines, Iowa mobilized local school buildings as "democracy academies."

Benedetto Croce, an Italian philosopher, is cited by Lepore as someone who truly understood how to respond to questions about the future of democracy, when those questions come packaged in despair. Croce was asked by The New Republic to respond to this question: "Do you think that political democracy is now on the wane?" Lepore, citing Croce's response, makes clear that this is not the right question, because democracy demands that we must approach reality not as "observers," but as "actors."

Benedetto Croce, took issue with the question, as philosophers, thankfully, do. “I call this kind of question ‘meteorological,’ ” he grumbled. “It is like asking, ‘Do you think that it is going to rain today? Had I better take my umbrella?’ ” The trouble, Croce explained, is that political problems are not external forces beyond our control; they are forces within our control. “We need solely to make up our own minds and to act (emphasis added).”

In other words, as Lepore paraphrases Croce's good advice:

Don't ask whether you need an umbrella. Go outside and stop the rain.