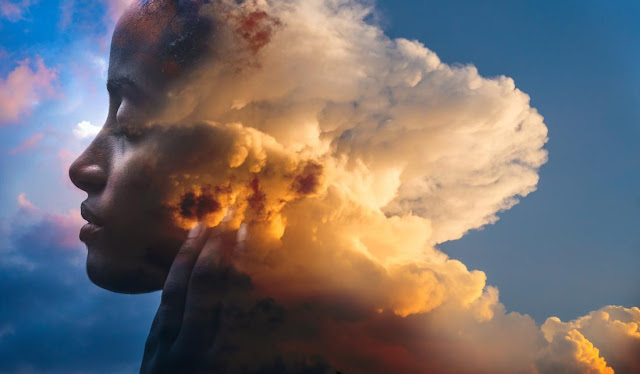 One of my readers made a comment to me about my blog posting from yesterday, “Barr That Door.”

Comment:
[Your commentary] reminds me of UCB Linguistics professor George Lakoff's "Don't Think of an Elephant" (2004, excerpts widely available on the web). In part an attempt to explain the contested 2000 election, Lakoff argues (I'm way oversimplifying here) that in responding to the dominant metaphors of the two major political parties, Americans subconsciously prefer a strong father figure who tells them what to do (Republican metaphors) to a nurturing mother figure who asks them to think for themselves (Democratic metaphors). The scarier times get -- climate change, rumors of wars, acrimonious politics -- and the more difficult it gets to parse fact and fiction, the more some, maybe most people may prefer the former.

I hope not, but when I see how across the country universities (in the name of efficiency) are moving students away from close proximity to professors teaching critical analysis in small classes to large lecture halls and multiple choice exams, I am not very optimistic. Perhaps as some recent pundits have it, democracy is a short-lived experiment whose time may be dwindling. Convince me otherwise, Gary!

My Response:
As “observers,” the sociologists and the political scientists describe the world, and their descriptions are often quite accurate. However, the “observer” is always at a disadvantage in predicting the future, because it is an essential (if often unstated) premise of observation that the situation as “observed” is a “reality,” and that when we describe what “is” we are stating something about an inevitable or predictable aspect of what also “must be.”

In fact, however, we are not governed by rules that allow predictions to be made with any accuracy. When we look to the future as either as individuals or as a society,  we can never really know what that future will be, or even what it is "likely" to be. That is because human beings have what I believe Hannah Arendt has called the “inestimable gift of freedom.” Human freedom, a reality that does exist, allows human beings to create new realities that have never been thought about, or even dreamt of, before.

This is Hannah Arendt’s important observation made in her book On Revolution, and this truth about human freedom is also directly related to this statement, ascribed to Karl Marx:


The philosophers have only interpreted the world, in various ways. The point, however, is to change it.

So, I can’t persuade you what “must” happen, but I can state my own view that what you speculate may be coming would be unacceptable to me, and let you know that I will fight it, thus hoping to motivate us both to act in a way that will create something different in our future.

I don’t know what WILL happen. I only know what CAN happen, and that includes the fact that both dreams and nightmares can come true. I choose to try to realize the dream, knowing that nothing is inevitable about dream or nightmare, either one!