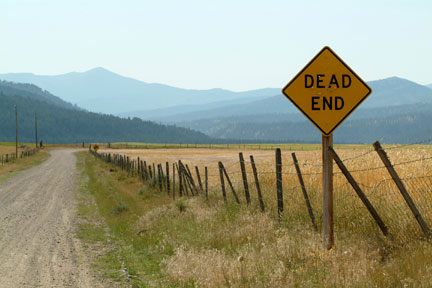 I was asked, recently, about what local groups and individuals facing an upcoming land use battle should know, as they think about getting help from an attorney. Here are some thoughts.

If an individual or group learns about a potential land use “battle,” that usually means that there is likely going to be a major disagreement about some proposed action by a governmental entity that will probably have adverse impacts on a local neighborhood, or on a river or creek, or on a piece of natural land, or that might involve the use of toxics, or that might otherwise pose a potential public health danger. In general, such land use “battles” usually involve a proposed project that would adversely impact the natural environment.

Even “private” proposals - like the construction of a new home - almost always require governmental approvals of various kinds, so while it makes sense to approach and have discussions with the private parties involved in a proposed project, it is most important to understand what governmental approvals will be necessary, and to focus on affecting those. A local City Council, or a Board of Supervisors, or the Coastal Commission, or a host of other governmental agencies, including state and sometimes even federal agencies, are almost always going to play a central role. The “battle” will be fought out on the terrain established by the governmental rules and regulations that apply to the proposed project. When you first conclude that you are going to be facing such a “battle,” it is most important to “get organized” as soon as possible. “Groups,” not individuals, do better in such battles. So, step one is to form a group, and to learn in great detail what the rules will be. Know in detail just how the process will move forward.

Decisions made by governmental bodies are, by definition, “political.” Thus, garnering widespread support from those who will be affected by the proposed project, or who share a common appreciation of the environmental dangers or community impacts involved in the proposed project, is absolutely key. One person who raises legitimate concerns is good. A well-organized group of ten, or twenty-five, or fifty persons or more will have a much greater “political” impact, and elected officials will pay much more attention to the concerns advanced by such a group than it will pay to the very same concerns when expressed by a single individual.

Let me speak, specifically, about the California Environmental Quality Act, or CEQA. This is California’s most important environmental protection law, and many people think that CEQA will make it impossible for governmental entities to approve “bad” projects. That is not, in fact, generally the case. CEQA requires that an Environmental Impact Report (EIR) be prepared for any project that “might” have a significant adverse impact on the natural environment. Governmental agencies and project proponents will often try to avoid the preparation of an EIR, and unless a project opponent is well organized and well-prepared it is often possible to avoid the EIR requirement. Let’s assume, though, that the group facing an environmental battle has prepared well and is able to make sure that an EIR is prepared. CEQA requires a three-step process.

First, the governmental agency that is going to carry out or approve the project prepares a “Draft EIR. Then, that Draft is circulated for public comment (and opponents need to submit very strong and legally significant comments). Then, the governmental agency must respond substantively and in detail to each comment received on the Draft. The Draft, plus the comments received, plus the responses to those comments is the “Final” EIR. Before acting on the proposed project, the decision-making body must “consider” the Final EIR. The agency, however, in most cases, does NOT have to do what the Final EIR might recommend.

The EIR is an “informational” document. So, the whole idea of CEQA is that the governmental officials making decisions should be “informed” about the possible impacts of a proposed project before approving it. The process is sometimes called a "Stop and Think" process. If the governmental agency does "stop and think," by properly undertaking a CEQA review, and if those officials who will make the decision are properly “informed,” according to the procedures specified in CEQA, then the officials can generally approve a project despite the fact that it will have lots of negative environmental impacts. Again, the courts will generally not tell a City Council, for instance, that they must do everything that the EIR recommends. The courts will defer to the governmental officials. The courts will reverse a governmental decision, generally, ONLY when the procedures specified by CEQA have not been properly followed. If they haven't been, then, the governmental agency simply has to go back and correct those procedural errors specified by the courts. So, delay but not denial. That is the best that CEQA usually has to offer.

Short summary: These land use battles are “political” battles; the laws are important - and CEQA is very important - but the ultimate decisions are “political.” You might want to think about that, by the way, when you go to the voting booth.

As you can see from what I have written so far, the sooner you organize, the better. The sooner you contact and then hire a lawyer is also better. Don’t make the mistake of waiting until the week before the public hearing! Lawyers who know their way around land use law will have lots of good ideas about organizing, and about how to develop evidence that can support a decision against a destructive project. Of course, getting in touch with such an attorney may not be all that easy. Ask around in the community. Go online and search for “environmental attorneys,” but be aware that lots of so-called “environmental attorneys,” who are familiar with environmental rules and regulations, may mainly or exclusively work for project proponents and developers, helping them to comply with environmental regulations. Sometimes, there are local groups that know attorneys who are experienced in the political/legal issues involved in land use decision-making. Ask them!

The most important thing to decide, when you think you may be facing a land use “battle,” is whether or not you really want to get into the “fight.” You need to be "serious." A lot of time and money may well have to be spent. It is NOT easy to stop proposed projects, but such projects absolutely can be stopped, and environmental and neighborhood battles can be won. But let me say it again, you do need to be “serious.” Many assume that because a proposed project is pretty clearly a “bad” idea no governmental agency, in the end, will approve it. Such people think they shouldn’t really have to spend their own money, or spend a lot of time in opposing what is clearly a bad idea.

Get organized. Get an attorney. Win. And keep this in mind: You can’t win a “battle” unless you fight!