#320 / Another "Norms" Violation By The President 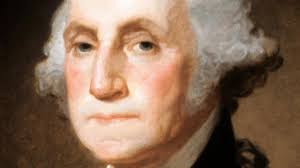 Daniel Henninger, who writes opinion columns for The Wall Street Journal, watched the first day of the public hearings exploring the possible impeachment of President Trump. Henninger then penned a column, which opined as follows:


Nancy Pelosi was right the first time. The Democrats shouldn’t have done this. They should not have tried to make the already overwhelmed American public believe that Donald Trump’s umpteenth “norms” violation was a constitutional crisis.

The New Times' columnist, Nicholas Kristof, has a rather different take on how seriously to take the "norms violations" that Henninger excuses as a distraction and as of minor importance:

Suppose that a low-ranking government official, the head of a branch Social Security office, intervened to halt a widow’s long-approved Social Security payments. The widow, alarmed that without that income she might lose her home, would call the branch director to ask for help.

“I’d like you to do me a favor, though,” the director might respond. He would suggest that her Social Security payments could resume, but he’d like the widow to give him her late husband’s collection of rare coins.

Everybody would see that as an outrageous abuse of power. Whether we’re Republicans or Democrats, we would all recognize that it’s inappropriate for a federal official to use his or her power over government resources to extract personal benefits. The Social Security official could say that the payments eventually resumed, or assert that the widow’s son had engaged in skulduggery — but he’d be out of a job in an instant and would face a criminal investigation.

Kristof cites further, similar examples of how an abuse of governmental power to achieve a personal benefit would not be condoned by any reasonable person. As between Henninger and Kristof, I think Kristof's column makes the better case.

However, it is true, which is Henninger's point, that Democrats tend to think that Trump "stole" the election (many think with Russian connivance), and believe that the fact that Trump is a narcissist and a liar is reason enough for Trump to be removed from office forthwith.

Trump defenders assert that if their candidate "stole" the election, he stole it fair and square. Hillary Clinton, apparently, was also trying to get the Russians involved, and Clinton's personality is also flawed. Trump's claim that efforts to impeach him are a "witch hunt" rings true to many. Better to beat this guy at the ballot box. After all, the voters had every reason to know that Trump was a narcissist and a liar before they voted in 2016, and since the people picked him, knowing these things about him as a candidate, it would be wrong, now, absent some genuine malfeasance in office (as opposed to Trump just being "Trump") to use impeachment to change the results of that election in 2016. Seen from this perspective, impeachment is simply an illegitimate effort to accomplish an electoral "coup." These are the claims made by Trump and his supporters. These are the claims made by Henninger.

Again, there is a good deal of truth in this viewpoint, but I do think that Kristof makes the better case. And why? Read Kristof's entire column. Consider the examples that Kristof provides. Trump's offensive personality (his narcissism and the fact that he is a congenital liar) aren't enough. We picked him, knowing all this, but actions that undermine the interests of the nation, in order to achieve a personal, political benefit for the president, seem to be something quite different. We wouldn't accept this kind of conduct in anyone else; why, then, should we accept it in Donald Trump, and particularly not when it puts the national interest in jeopardy. It's actions, not "norms," that are in question. That is really the answer to Henninger.

Most observers seem to think that an impeachment by the House of Representatives will lead, in the end, to an acquital in the Senate. Still, supporters of the current inquiry contend, it is important not to let abuses of power go unchallenged. I think that is the better case.

Consider, also, George Washington, our first president, pictured above. "Lying" is a "norms" violation. I guess you could call it that. And we have, historically, thought that it is not "normal" for a president repeatedly to lie. From the beginning, George Washington's reputation for truth telling ("Father, I cannot tell a lie"), has set the standard to which are presidents are expected to adhere. The Cherry Tree story might be a myth, but it is a myth with a message. Elected officials are not supposed to lie. If violating such a "norm" is not, in and of itself, an impeachable offense, such "norms" are important in anorther way. Making sure that we vote for candidates who we reliably believe will "never tell a lie," the "norm" established by our first president, is an important way to make our ballot box decision.