Yared Getachew, pictured above, was twenty-nine years old when he died. Getachew was the Captain of Ethiopian Airlines Flight 302. That flight was a scheduled international passenger flight from Addis Ababa Bole International Airport in Ethiopia to Jomo Kenyatta International Airport in Nairobi, Kenya. On March 10, 2019, the Boeing 737 MAX 8 aircraft which Getachew was piloting crashed near the town of Bishoftu six minutes after takeoff. All 157 people aboard were killed. This crash was the second of two very similar crashes involving the Boeing 737 MAX. The first crash, which occurred on Lion Air Flight 610, occurred in October, 2018.

A couple of months after the crash of Ethiopian Airlines Flight 302, I authored a blog post titled, "Trust And The Airplane." At that time, it was clear that software that Boeing had installed on the 737 MAX airplanes, the existence of which was never even revealed to the pilots who flew these new planes, was a major, or perhaps even "the" major reason for the crashes. Boeing's 737 MAX aircraft have been grounded ever since. My point, in my earlier blog posting, was that by assuming that "software" could act as the ultimate guarantee of airplane safety Boeing made a major mistake:

What has become apparent from the investigations into the two crashes is that Boeing (with the approval of the FAA) set up a system that basically allowed software to fly the plane with no human intervention - with the pilots just standing by. In fact, in its testing program, Boeing did not even tell the pilots who were evaluating the new plane how the software worked. The way Boeing proceeded finds parallels in the way that those "autonomous cars" are being designed. In the case of the 737-MAX, though, the "car" in question is carrying something like two hundred people and is flying about five miles high. What's worse, it appears that the software deployed on the 737-MAX was not designed to let the pilot take control of the plane without having to "fight" the software for the right to decide how to fly it.

It is pretty clear to me, having read a few stories about these horrific crashes, that there needs to be a "switch" in the cockpit that turns off the computer and that gives full control over the plane to the pilot. Let's assume that the human pilots know how to fly the planes. They better! If software-dependent computers are allowed to pilot aircraft, that may be fine - until something goes wrong. At that point, it's time for a return to the reality of the analog world, and that's when the pilots have to take full responsibility, without the software and the computer battling the pilots for control (emphasis added).

A more recent article in The New York Times Magazine ("What Really Brought Down The Boeing 737 Max?") sheds additional light on these horrible disasters. I think I was basically right in what I said, but things were a bit more complicated than I thought. As it turns out, the "switch" that I suggested should have been provided, to turn off the software and let the pilots fly the plane directly, does, in fact, exist. In the case of Lion Air Flight 610, that switch was never used. In the case of Ethiopian Airlines Flight 302, the switch was used too late, at a time when the plane was already doomed.

If you believe William Langewiesche, who wrote the recent article, and I must say that I am inclined to believe him, relying on "software" to take care of the plane was, as I posited, a real problem. The failure of Boeing to advise pilots of the existence of the software was also a problem, but the major problem was neither of these. The major problem was that the airlines, in each case, were employing as pilots persons who knew how to monitor the planes they flew, and to fly them "by rote," but who lacked sufficient training and experience actually to "fly" a plane without the software.

Langewiesche tells a pretty horrible story in which corporate greed and corrupt governmental agencies are the ultimate villains. Boeing is only one of the corporations which can properly be charged with letting greed undermine a commitment to airplane safety. It turns out it is the airline companies themselves who were most at fault, and it was their greed, and their disdain for passenger safety, that led to the crashes.

It's a story worth reading. If you can pierce The New York Times' paywall, I recommend it! 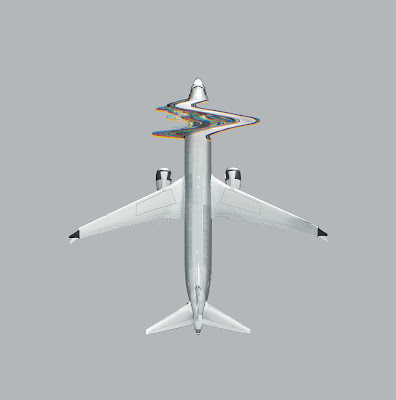