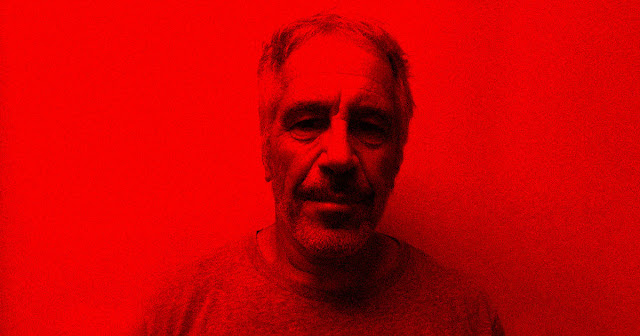 Writing on The New York Times Opinion Page, on August 13, 2019, Charlie Warzel said that our nation's information ecosystem is deeply poisoned. Warzel was commenting, specifically, on the public reaction to the death of Jeffrey Epstein, and how the news that Epstein had died in jail, an apparent suicide, led almost immediately to extreme speculations of all kinds. For instance: the Clintons did it. For instance: Trump had him killed. For instance: Etc.

Mr. Epstein’s apparent suicide is, in many ways, the post-truth nightmare scenario. The sordid story contains almost all of the hallmarks of stereotypical conspiratorial fodder: child sex-trafficking, powerful global political leaders, shadowy private jet flights, billionaires whose wealth cannot be explained. As a tale of corruption, it is so deeply intertwined with our current cultural and political rot that it feels, at times, almost too on the nose. The Epstein saga provides ammunition for everyone, leading one researcher to refer to Saturday’s news as the “Disinformation World Cup” ...

Saturday’s online toxicity may have felt novel, but it’s part of a familiar cycle: What cannot be easily explained is answered by convenient untruths. The worst voices are rewarded for growing louder and gain outsize influence directing narratives. With each cycle, the outrage and contempt for the other build. Each extreme becomes certain its enemy has manipulated public perception; each side is the victim, but each is also, inexplicably, winning. The poison spreads.

A front-page story in that same edition of The Times makes clear the serious nature of the point that Warzel was making on the editorial page. When our information ecosystem is poisoned, so is our politics.

The front-page article from The Times, "How YouTube radicalized Brazil," demonstrated rather convincingly that YouTube's use of an artifical intelligence algorithm had a determinative impact on recent elections in Brazil. The upshot is that YouTube can credibly be blamed for helping to push the nation's politics far to the right. One immediate result of this deeply poisoned information ecosystem is that the government of Brazil is now moving forward with increased rapidity in its efforts to cut down the Amazon Rainforest. Not exactly what is called for as we face a global warming crisis!

When all our information sources seem to be "post-truth," when the information ecosystem upon which he rely is deeply poisoned, who are we going to believe? If the internet is poisoned, Ross Douthat's suggestion might seem to make sense. His prescription? "The Only Answer is Less Internet."

That "less Internet" idea has an immediagte appeal, but I am not sure that's the answer. I am, after all, relaying that suggestion in a blog post published and available, to all who read it, ONLY on the Internet.

I guess there is one positive thing to say. You do need to identify a problem before you can solve it!

So.... We have done step one! We have identified a real, and truly significant problem.

The solution? Not so clear!