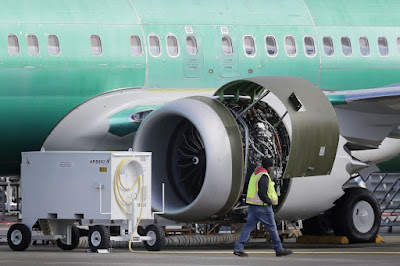 If you need somebody you can trust, trust yourself

A recent article in The Wall Street Journal discussed problems with the software that the Boeing Aircraft Company created for its newest plane, the Boeing 737-MAX. An article from The Verge tells the horrible story of how the crew of one of the planes just barely avoided a catastrophe, as the flight crew had to battle the plane's software for control. That same plane, despite a report on the problems, was put into service the very next day, and crashed, on a flight designated as Lion Air flight 610. 189 people died in the Lion Air crash. Another crash, later, involving the same software problem, claimed 157 lives.


What has become apparent from the investigations into the two crashes is that Boeing (with the approval of the FAA) set up a system that basically allowed software to fly the plane with no human intervention - with the pilots just standing by. In fact, in its testing program, Boeing did not even tell the pilots who were evaluating the new plane how the software worked. The way Boeing proceeded finds parallels in the way that those "autonomous cars" are being designed. In the case of the 737-MAX, though, the "car" in question is carrying something like two hundred people and is flying about five miles high. What's worse, it appears that the software deployed on the 737-MAX was not designed to let the pilot take control of the plane without having to "fight" the software for the right to decide how to fly it.

It is pretty clear to me, having read a few stories about these horrific crashes, that there needs to be a "switch" in the cockpit that turns off the computer and that gives full control over the plane to the pilot. Let's assume that the human pilots know how to fly the planes. They better! If software-dependent computers are allowed to pilot aircraft, that may be fine - until something goes wrong. At that point, it's time for a return to the reality of the analog world, and that's when the pilots have to take full responsibility, without the software and the computer battling the pilots for control.

Maybe, as part of their training, we can provide pilots with a YouTube link to Bob Dylan's song, or at least to the lyrics. In the end, in this as in other cases, we need to trust human beings, not computer software, to make all of life's big decisions.