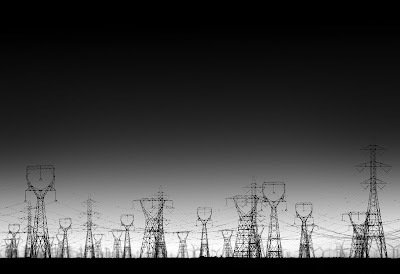 The February 2019 edition of The Sun magazine featured an interview with Mary Christina Wood, an environmental lawyer from Oregon. Wood is the author of a 2013 book, Nature's Trust: Environmental Law for a New Ecological Age. In the book, Wood propounds a legal theory that is now being utilized in various test cases around the country, most successfully, so far, in Juliana v. United States (though any ultimate success in that case cannot be counted on).


In short, Wood argues that the resources of the natural world are held in trust for the people, by the governments that have control over them, and that it is thus possible to sue the federal government for its failure to address the global warming crisis that is putting these trust assets in danger. The plaintiffs in Juliana are children, who will be directly affected by the government's failure to act to protect our "atmospheric assets," all part of the trust.


Wood does not think that our human world can be saved by lawsuits - or certainly not by lawsuits alone. She believes that the entire population of the nation must be mobilized, much as it was during World War II:

I believe strongly in the human capacity to change. In World War II this nation had to mobilize almost overnight. It was incredible. The U.S. became a different country in the course of just a few months. Families grew their own food. They stopped driving for pleasure. They recycled metal, rubber, and paper. Kids collected foil gum-wrappers and made them into balls for aluminum factories that produced aircraft and ship parts. Auto manufacturers stopped making cars for three years and just produced defense equipment. The glaring difference between then and now is that during World War II our leaders were loyal to the American public and inspired a patriotism that helped win the war. Today our leaders are loyal to fossil-fuel corporations and divide citizens, making neighbors into enemies.

We know that the kind of "maximum mobilization" undertaken by the United States during World War II is possible (in fact, we have done it, as Wood notes). I talked about the same thing just a couple of days ago, in an earlier blog posting. That kind of "maximum mobilization," however, does not happen automatically. One key mechanism used to mobilize the public during World War II was the emergence of "Victory Speakers," who helped encourage individuals to make the changes that could win the war:

Back in World War II citizens known as victory speakers helped mobilize the nation rapidly. They were average people who would give five-minute talks at bridge clubs, movie theaters, PTA meetings — anywhere. My mother and grandmother were both victory speakers and gave four to five speeches a day, telling people how to garden and can vegetables to conserve resources for the war effort.

People listen to trusted members of the community more than they listen to scientists or academics. Victory speakers can wake Americans up to our new reality and tell them what they can do about it. Neighborhood associations are tremendous for this. Churches are already organized through their committees and membership lists. I also see a role for the Internet and social media. A league of concerned citizens has to step up and say, “This will be my purpose. I can’t solve all the problems. I can’t plant all the gardens. But I’m going to take on the task of waking people up.”

Hitler was a threat to the continued existence of human civilization. Global warming is, too. Mobilizing "Victory Speakers" to speak out on our need to confront global warming in every way we can, both big and small, sounds like a good idea to me.