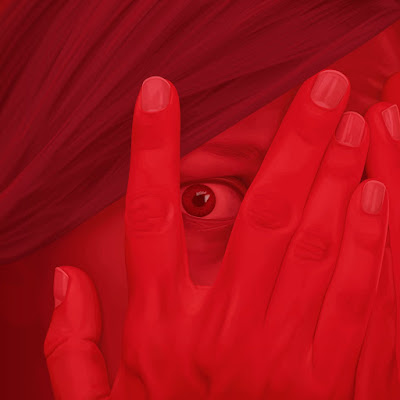 I learned something from yesterday's New York Times. Actually, I probably learned several things, but I am sharing this one! Here is what I learned: There is, in Britain, an activist group called "Extinction Rebellion." Click the link to visit its website. Extinction Rebellion has also created a website specifically designed for those from outside Britain. Click right here to join up with the international branch.

I had never heard of Extinction Rebellion, but I am sympathetic to its message. We are facing a global crisis, caused by human activities (my apologies to those friends who disagree - and I do have a few of those). We need to take immediate, dramatic, and drastic actions, and our failure to do so puts human civilization in peril.

Any individual action will be inconsequential, so it is hard to get too enthused about lowering the setting on your thermostat during a cold snap, or walking to the drugstore, even in the rain, instead of driving. The kind of action we need, action on a national and international scale, is hard to come by. The right kind of action is particularly hard to muster in a world in which politics, in virtually every nation, is dominated by the oil companies.

The Times article, written by David Wallace Wells, is titled, "Time To Panic." Wells suggests that "fear may be the only thing that saves us."

Generally speaking, fear tends to have an "immobilizing" as opposed to a "mobilizing" effect, but what we do need to understand is that "business as usual" is the equivalent to rowing a bit harder, upstream, as your canoe is heading for Niagara Falls.

I think Wells got his title right. "Panic" might get us moving. Something needs to! The most recent report from the United Nations gives us twelve years to avoid a total catastrophe.

Meanwhile, back on Capitol Hill, politicans are starting to talk about a "Green New Deal." As this concept is most typically explained, the main focus of the program is "economic stimulus." The appeal is to those who have been left behind as the wealth of the world gravitates, almost entirely, to those in the top 1%.

We do need to address income and wealth inequality, but there is a problem with trying to deal with the global warming crisis through a program that is basically aimed at economic stimulus. Economic stimulus, typically, results in more consumer demand, which means more consumer expenditures. In fact, we need the opposite of more consumer consumption. We need less! We are burning energy to produce too many unnecessary things that we purchase, online and off, the proliferation of these things then forcing us to "declutter" our lives as a new form of human self-realization. Really! Think about how many packages were piled up under the Christmas trees in so many of our homes. We need to cut consumer consumption, radically, and our program to confront climate change needs to understand that, and not stimulate more consumption, even unintentionally.

What we actually need, it seems to me, is not so much a "New Deal" approach to our crisis, but another program from the Roosevelt era. We need to mobilize Dr. Win The War.

In World War II, in which the future of human civilization was definitely and definitively at stake, our economy was transformed, almost overnight, into an economy in which consumer consumption was ruthlessly slashed; individual efforts to "save," actions like turning down the thermostats, were universally embraced, and the government steered almost all of the nation's economic activity into producing (not consuming) the material needed to win the war.

Similarly now. We need to transform our economy from a consumer economy into an economy that ruthlessly cuts back on consumer consumption, and that redirects our human energies to production. We need to produce not more guns, tanks, and bombs, however, as in World War II, but more solar panels to go on every rooftop where enough sun strikes. We need to plant millions of trees. We need to transform every building we inhabit, as much as possible, into a "zero net energy" building. We need to move from individual transportation modalities to collective transportation modalities. These are the kind of projects mentioned by those promoting the Green New Deal, and these projects will lead to jobs for everyone who can work, of course. This kind of program will also lead to very high taxes, to fund the activities needed to "win the war," with the added benefit of reducing the ability to engage in more consumption.

After Pearl Harbor, Americans turned panic into productivity. Can panic save us now? We do face "extinction." It is a real threat. When billions lose access to water and food, which is what is in store for us, the "immigration" problems we confront today will seem small. When we realize how many nuclear bombs are ready to be launched - and some on "autorespond" settings - the total extinction of human life is not improbable.

Time to rebel against extinction! Setting aside our normal lives, we need to take action that will profoundly change the direction in which human civilization is moving now.