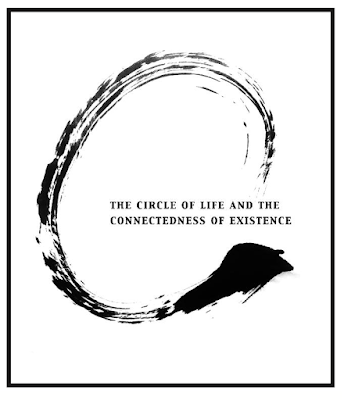 I like to recommend books, articles, and magazines to any and all who may read these blog posts. As I have done on other occasions, I am once again recommending the little magazine, Integrities, published by IF, a nonprofit corporation based in Santa Cruz County. IF states its mission as "People Seeking Possibilities." I am pretty big on possibility! That's one of my favorite "categories."

The latest edition of Integrities asks a question. The question is stated below, as the title of an excerpt I have reproduced from the magazine. The answer provided by Integrities is at the bottom of the excerpt (and is my title for today).

The article I am recommending draws a line from Abraham Lincoln to Rosa Parks, and then on to Page Smith, who served as the first Provost of Cowell College at the University of California, Santa Cruz. You should click this link to read the whole thing.

WHAT ARE WE GOING TO DO?


It’s hard to know what to do these days. And not knowing what to do can lead to frustration—or even worse: to doing nothing!

I remember a time during the Vietnam War when a group of us were at a loss as to what to do. At the time, Bernard Lonergan, a Canadian intellectual, was giving a talk at the University of San Francisco. I asked him to meet with us after his talk, and he agreed to do so.

Bill Leininger, Clare Morris and I sat down with Lonergan and began to vent our frustration at not being able to get anywhere in our struggles for peace, for the farmworkers, against the Vietnam War, and for change in the Catholic church.

Lonergan listened patiently as we described our frustration and our struggles. But he let us talk and said nothing. Only at the end, when we stopped talking, did he say something, but it was not what we were hoping to hear. He said just one thing: “WELL, YOU’RE ALIVE. KEEP GOING.”

That was it. He didn’t point out any direction for us to take or any specific things we needed to do. Nothing.

Lonergan’s talk at USF had just one theme: that the future would be determined by those who are fully alive. That was it. And it was only long after he had left us that his words “You’re alive. Keep going” began to make sense to me.

And they have a special impact now, when many of us are at a loss as to what to do in the Trump era. Lonergan’s message was: Don’t give up. Keep going!

PASSING ON THE SPIRIT