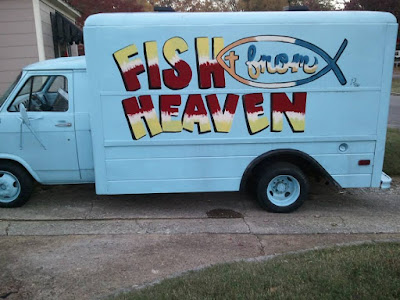 Every once in a while, my one year of theological training resurfaces. The other night, it resurfaced as I was watching videos on YouTube. I started out to watch a video related to the legal studies course I am teaching at UCSC. I watched the video I had come to see, but then I was captured in the undertow of those autoplay recommendations that YouTube offers, based on the fact that YouTube knows exactly what you like.

My work commitments were forgotten, and my evening dissolved into video presentations of various obscure Dylan performances, one after the other, some with video components that made it hard to know what was even going on, onstage. One of those videos was what Elston Gunn (a Dylan YouTube publisher) described as "a Fantastically Beautiful version of that special song."

That "special song," as it turned out, was "Visions of Johanna," included in Dylan's 1966 album Blonde on Blonde. Here is that Fantastically Beautiful performance, as recommended by Gunn (and with erratic video on full display):


As I listened to Visions of Johanna, I realized that it had a distinctly Christian message. Dylan's "Christian albums" are generally attributed to a three-year period from 1979 to 1981. That's about thirteen years after Blonde on Blonde.

I, personally, have always thought that John Wesley Harding was Dylan's first "Christian" album. That album was released just at Christmastime in 1967, and only a year after Blonde on Blonde. I bought a copy of John Wesley Harding from a record store on Market Street in San Francisco, right after it was put on sale. Then, I picked up a drive-away car, and delivered it up to Seattle, where I had a genuine religious experience that has stuck with me ever since. That Seattle experience was related, I know, to JWH.

At any rate, "Visions of Johanna," coming out the year before John Wesley Harding, does show some Christian influence, as I realized when I was listening to that autoplay video. Here are the lyrics that come at the end of that special song:

And Madonna, she still has not showed
We see this empty cage now corrode
Where her cape of the stage once had flowed
The fiddler, he now steps to the road
He writes ev’rything’s been returned which was owed
On the back of the fish truck that loads
While my conscience explodes
The harmonicas play the skeleton keys and the rain
And these visions of Johanna are now all that remain


The fish sign was the secret symbol of the early Christians, and it is basic Christian doctrine that all human beings are unworthy of salvation, and it is only through the grace of God, as evidenced by the birth, death, and resurrection of his Son, that the required payment for our sins (the wages of sin is death) is excused.

Scrawling "ev'rything's been returned which was owed," on the back of a fish truck, is a pretty clear allusion to this fundamental religious tenet. And Dylan is still making that same religious point many years after Blonde on Blonde, and long after his "Christian albums." In Dylan's song, "Pay in Blood," on his Tempest album, released in 2012, the singer acknowledges that he pays in blood, but it's "not his own."

The article I linked above, talking about Dylan's "Christian albums," and giving them a three-year run, from 1979 to 1981, seems to have overlooked what came before. And overlooked what has come after, too.