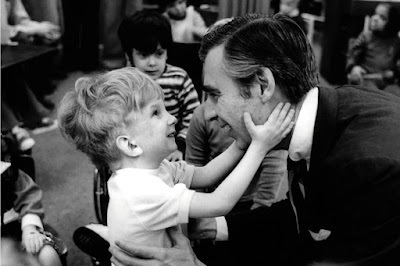 I never watched "Mr. Rogers' Neighborhood." I don't watch much television, period, and during most of the time my kids were growing up, we didn't even have a television in the house.

I knew about the program, of course. It was a "nice" show for young children. That's what I knew about it. Had I been asked at the time, I bet I would have said that my impression was that the program was just a little bit too saccharine, and just a little bit too "precious," for my taste. This would have been, as just revealed, a judgment based on no direct familiarity with the facts. I find that making judgments that way can still be a problem!

At any rate, I am reporting today that a new movie about "Mr. Rogers" is now out (click the link to watch the trailer). A review in Entertainment calls the movie "the film we need right now," portraying the film as a "security blanket for our troubled times."

Here is what film critic Ann Hornaday has to say, writing for the Washington Post:

The unspoken question that animates “Won’t You Be My Neighbor?” is what Fred Rogers would make of the present day, when the culture seems to have congealed into a permanent state of outrage, vulgarity and mutual intolerance.

Neville ingeniously constructs his film to tell many stories: the little-engine-that-could tale of how the laughably low-tech “Mr. Rogers’ Neighborhood” became such an unlikely hit; the spiritual biography of a man whose vocation intersected with the most powerful mass medium of the 20th century; the weaponization of that medium on behalf of polemic and consumerism; and the slow, sometimes contradictory path of a man who prized inclusiveness and community, but asked a gay colleague to stay in the closet or risk being fired.

But to his everlasting credit, Neville doesn’t stop there. Rather than a wistful look back at the way things used to be, “Won’t You Be My Neighbor?” leaves viewers wrestling with our own collective conscience in the here-and-now, contemplating our own commitment to the unconditional love and acceptance that Rogers championed so passionately.

I am not so sure that I am going to watch this new movie, although I feel certain that it must truly be  "a really good movie," as the review in Entertainment proclaims. That feeling that "Mr. Rogers" is just a bit too "sweet" for my taste persists. I will say this, however; I endorse the idea that we should all be clamoring to get aboard the "neighborhood trolley."

Martin Luther King, Jr. had a kind of "bittersweet" way of asking us to confront the topics we must confront. Whatever your own tastes might be, King's message, below, and Mr. Rogers' message, are much the same: 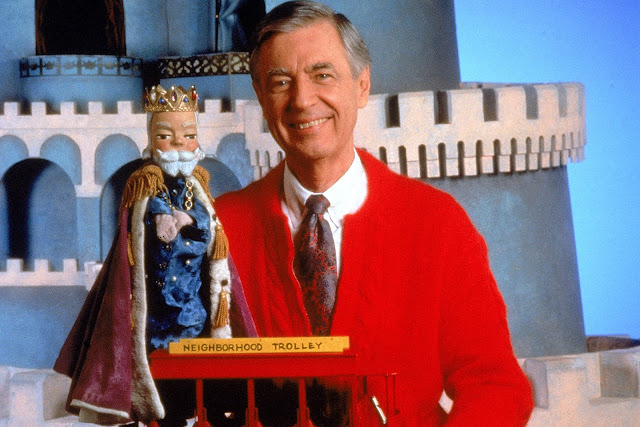