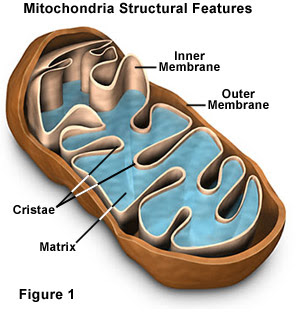 My theme song has long been the "Worried Man Blues." You can click for the lyrics, if you are not familiar with the song, which was written by the incomparable Woody Guthrie.

It is the chorus of the song that has always most appealed to me. Those words have always seemed to "speak to my condition," as the Quakers say.

Frankly, the last line of the chorus, with its rather redemptive message, has not really been the part that has stuck with me. The chorus starts out, "It takes a worried man, to sing a worried song." That sentiment does resonate. I'm worried. As for the "I won't be worried long" part, I'm not betting on it, though there is no harm in hoping.

This is all by way of a preface, actually, just to indicate my basic mood about the state of our politics and our relationship to the World of Nature. I'm worried. I'm not the only one, either. (Hey, I imagine you'll agree with me that The Beatles were pretty good, too!).

Anyway, another person who seems to be worried about the same category of issues that I am worried about is Yvon Chouinard, a mountain climber and environmentalist and the co-founder of the outdoor-apparel company Patagonia. The New Yorker has just published a very nice article about Chouinard, and quotes him as follows:

"I think we’re seeing the end of empire, the end of globalism. It can’t hold. People will revert: protecting your family, protecting your village. Like the Dark Ages. I honestly believe that.” He added, “Trump is the perfect person to take us to the apocalypse.”

Starting from there, from the likelihood that the apocalypse is coming soon, my mind immediately moves to "what are we going to do about this?" What is our strategy for apocalypse avoidance?

Chouinard, based on The New Yorker article, seems to argue that going fishing is just about the best strategy there is, though I don't think he's arguing that fishing is going to do anything to stop the apocalypse. And it won't, of course, because the World of Nature, where you do your fishing, is not where the problem is located. The problem comes from us. We're the problem. We and the "human world" that we have created. If we are looking for a solution to our looming apocalypse problem, we are going to find it (or not) in the "human world," not in the World of Nature.

Our world, as I note frequently, is a "political world," and if there is going to be any solution to the apocalypse problem, it's going to have to be a human/political solution.

Unfortunately, our politics is in a parlous state, and if you think that "democracy" has got to be part of the solution to our apocalypse problem (and that is my view), then we need to reenergize our democratic institutions. That's where that illustration of the structural features of mitochondria comes from. It's just a metaphor! Mitochondria are the source of the "energy" that powers biological life at the cellular level. What is the source of the political energy that can power democracy in our human and "political" world?

My answer? Clubs and committees! Check out the writings of Alexis de Tocqueville and his Democracy in America. Voluntary associations of free citizens, acting together, is what powers our political world.

No kidding; we need to escape the black hole of the "mass society," and the so-called "mainstream media" that have more and more defined our political existence, and that have propelled a blowhard, self-promoting liar into a place where such a person might actually win the presidency. There isn't any shortcut to democracy. The only way to get back to where we need to be is to reestablish a politics that is based on small groups of citizens, gathered together to make things happen the way they want them to.

I am worried. But to end up on a more hopeful note, here's another reference to popular music. What about the Byrds and "Turn, Turn, Turn?"


It's never too late for that last line!