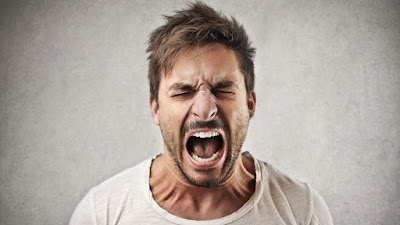 Back on January 18th, I wrote a blog posting titled, "Anger Management." In that posting I said, among other things, that Donald Trump was an "eminently serious candidate, and will be hard to beat, not only in the Republican primaries, but also in a general election."

"Told you so's" are so much fun! Or, maybe they're not, when the prediction you make is that something extremely dire is quite likely to happen.

Today's posting, "Anger Management #2," comes to you at a time when our presidential election is imminent. I am making no predictions, but I do continue to think that something dire may happen. Whatever does happen, and whoever wins the election on November 8th (or, God forbid, although the United States Constitution does provide for it, an election held in the House of Representatives, some time after November 8th), the purpose of this posting is to refer you to two videos that self-celebrate anger as a preferred approach to politics. They thus are a follow up on my earlier posting on Trump.

My first offering is a video by Keith Olbermann. Olbermann was identified by The New Yorker in 2008 as "One Angry Man." In 2016, Olbermann has become "The Closer." He is still angry, and he sure doesn't like Donald Trump:

For another helping of runaway rhetoric, heavy on the anger, let me give you Farron Cousins, who can be followed on Twitter at @farronbalanced. His Twitter name is obviously intended to be ironic, as you will learn if you watch the video I have inserted below.

Cousins co-hosts The Ring of Fire Video Network. He, too, is an angry man. He not only doesn't like Trump, he doesn't like Hillary Clinton or President Obama, either. From the evidence in the following video, Cousins does have a soft spot for Bernie Sanders. Based on Cousins' demeanor and delivery, however, I think Bernie and Jane would be taking a big risk to invite Cousins home for Thanksgiving dinner.

I just happened to bump into these two videos last Monday, October 31st, both on the same day, and since I had not had any prior exposure to either Olbermann or Cousins, I was rather amazed.

Perhaps "appalled" is a better word to describe my reaction to these videos. You should probably actually watch them yourself, to get my point.

On Sunday, October 30th, the day before I ran across these videos, I attended a "Community Conversation" hosted by former State Senator Joe Simitian, who is now a member of the Santa Clara County Board of Supervisors. Simitian presided over an august panel consisting of a politician (Oakland Mayor Libby Schaaf), a Republican political consultant (Dan Schnur), and a highly-regarded pollster, who usually works for Democrats (David Metz). Simitian and the panel addressed a crowd of about 275 persons, gathered at the Lucie Stern Community Center in Palo Alto, and talked about the following topic: "Angry And Anxious: The Voter Revolt of 2016."

By the end of the community conversation, the crowd (almost entirely liberal Democrats) seemed to come to the conclusion that they agreed with the Republican political consultant, Dan Schnur, and that it was going to be critically important, post 11/9, actually to accomplish the slogan that Hillary Clinton has emblazoned on all of the political paraphernalia associated with her campaign. That is, we will need to be "stronger together."

Can we, in fact, faced with extreme dangers, and perhaps with some under-appreciated opportunities, actually work together? Well, maybe we can, but not if our basic mode of communication takes place by way of angry denunciations. Anger doesn't reconcile, or bind. It tears, and it tears apart.

If we, individually, and our nation collectively are going to be successful, moving ahead, if we are going to "work together," we will  have to manage our anger, individual and collective, and reconcile with our opponents of today.

Should we not be able to accomplish that, then I think I do have a prediction about our political future that will be on target.

"Dire" doesn't even begin to describe the destination where we're going, if we keep twittering out the tunes suggested by all the angry birds we find giving us political advice and comment. If "our friends" can't talk about the issues without using their "angry voice," then we should just switch them off.