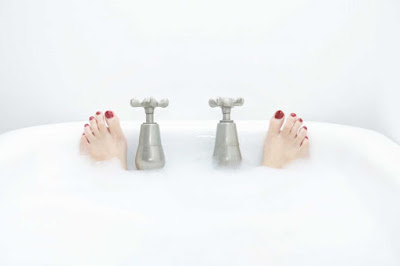 Late last year (on Sunday, December 20, 2015, to be exact), the San Francisco Chronicle published a story in its "Insight" section with the following headline: "5 Ordinary things Californians can kiss goodbye in next 20 years."

Author Matt Weiser, who writes a blog called "Water Deeply," put taking baths and mowing lawns at the top of his list.

He may have a point, there.

Weiser's list went on to say that "we won't need utilities," and "we won't need local government," placing these "ordinary things" as numbers two and three on the list of things we can "kiss goodbye."

I don't think that's going to happen. In fact, I hope not.

Weiser thinks that "local government" is mainly about maintaining the utilities that deliver municipal services, like water and wastewater treatment, and since Weiser opines that "our homes will become autonomous, collecting the water we need during storms, then treating it to be used over and over in on-site wastewater recycling systems," utilities will disappear, and local governments will simply "wither away." Who would need them?

Well, even if you buy the "end to utilities" prediction, which I don't, our "governments," at every level, are not essentially organizations whose main purpose is to "provide services."

Government is the forum in which we debate and decide, collectively, what we want to do (together). Let's not give up on that idea, just yet!