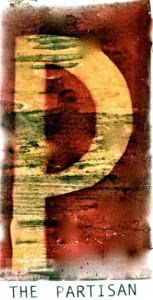 I have a piece of good news for those who have appreciated (and missed) the past editorial work of Royal Calkins. Until February of this year, Calkins was the editor of the Monterey County Herald, which covers news on the other side of Monterey Bay from Santa Cruz, which is where I mostly hang out.

I tend to read a lot of newspapers, and I have noticed that the "products" owned by Digital First Media, which include two newspapers I read daily (the Sentinel and the San Jose Mercury News), and others that I consult quite frequently (like the Herald, the San Mateo County Times, and the Marin Independent Journal), are now publishing pretty much the same news in all the various editions.

If local news is going to be devalued and downplayed, I guess it's logical to jettison local editors. Still, local readers are not necessarily hoping that their local newspaper will turn into a kind of regional version of USA Today. Speaking only for myself, I don't like that one bit!

I was very sorry to hear that Royal Calkins had been sent away, and I have noticed the difference. I don't think it has been an improvement.

As I said at the start of this posting, however, there is now a piece of good news for those who have been similarly distressed by the loss of the local editor at the Monterey County Herald. Royal Calkins has launched an online blog, called The Monterey Bay Partisan, promising "news and views promoting the common good."

You can also think about what the word "partisan" means. To some, the title that Calkins has selected may seem rather "negative," since one popular dictionary says that a "partisan" is a person "exhibiting blind, prejudiced, and unreasoning allegiance." That doesn't sound too good! Also, it's certainly not an accurate description of the way Calkins conducted himself as editor of the Herald.

I prefer the definition found in the Oxford English Dictionary, which many believe is the "gold standard" for those who are searching for the meaning of words in the English language. Here is the very first definition of "Partisan" listed in the OED:

One who takes part or sides with another; an adherent or supporter of a party, person, or cause.


Looks like Calkins (pictured below) is striking out as a supporter of the "Common Good" in the Monterey Bay Region.