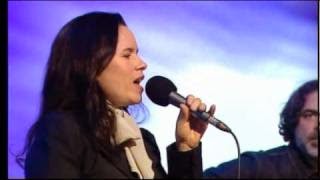 Click this "Dear Governor Cuomo" link to watch the trailer.

I strongly advise that you track down the whole video, or see this film in a theatre. I was lucky enough to receive a copy of the video from one of the organizers of San Benito Rising, which has qualified an initiative ordinance to ban fracking in San Benito County. There will be a vote on the measure this coming November. As those who are following the fracking issue know, we really need a "Dear Governor Brown" video for California. Let's think about that!

I have seldom been so moved as I was by "Dear Governor Cuomo." Governor Cuomo does not appear in the film, but you can cry along with Natalie Merchant (pictured above), and learn facts about fracking that will convince you that we need to stop this destructive practice now. No more fracking. Ever.

Not in Anyone's backyard!!