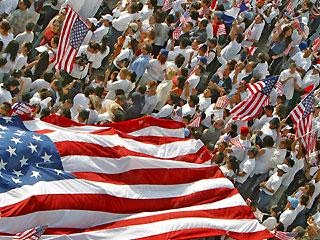 Memorial Day is a national holiday set aside to remember the men and women who died while serving in the United States Armed Forces. Americans tend to think, with Woodrow Wilson, that the reason to send American troops to other places, to kill and die, is to "make the world safe for democracy."

If "democracy" itself is becoming more problematic, as it clearly is, the justification for the world wide deployment of U.S. military power might legitimately be questioned. I question whether "democracy" is in fact a likely outcome of this nation's current military operations, typified by drone killings ordered from the safety of the White House, and carried out by civilian employees of a "spy" agency, rather than by our military departments.

I am not yet ready to concede that "Democracy is Over," or that "democracy" has lost its potency and purpose, as some are suggesting. I do, question, however, any idea that military action is now likely to advance "democracy," in any way.