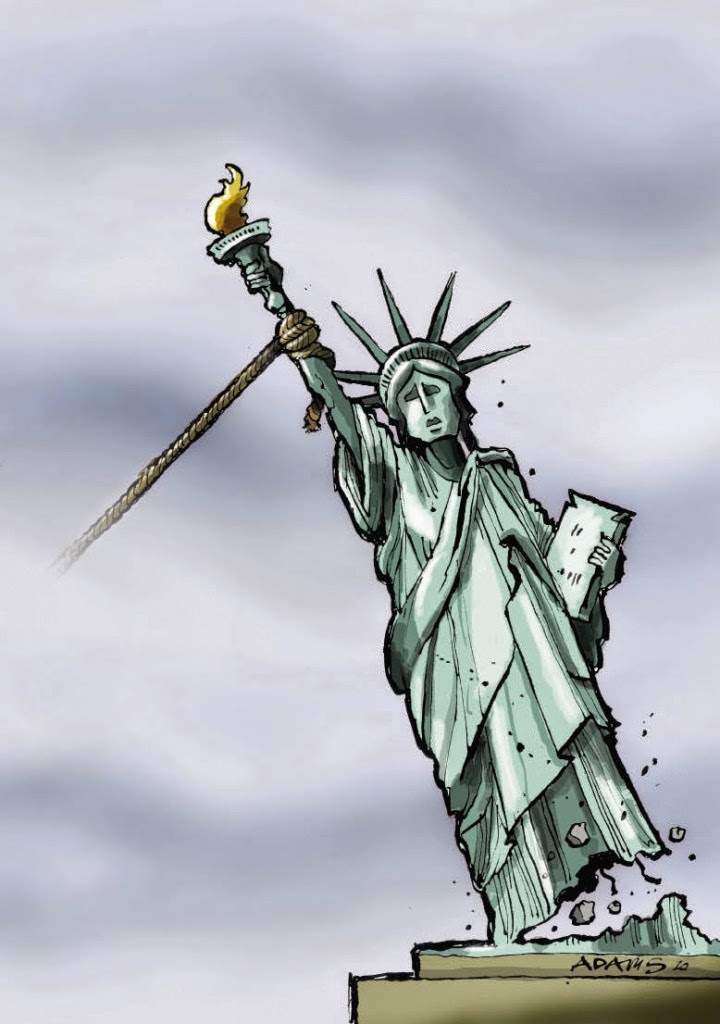 San Benito Rising has qualified an anti-fracking initiative for the November 2014 ballot in San Benito County, and one of the organizers of San Benito Rising recently sent out a draft paper on democracy, authored by Art Pearl, an Emeritus Professor of Education at the University of California at Santa Cruz.

Pearl's paper is titled "Democracy: What It Is, How to Get It, and Why We Will Not Survive Without it." As far as I can tell, the paper isn't available on the internet, though there is a series of YouTube videos that presents many of the same ideas. Pearl will be coming to San Benito County on June 6th, to discuss with local activists how to breathe new life into our democracy, and how that objective relates to San Benito Rising's campaign to ban fracking. If you would be interested in attending, and want time and place information, try contacting San Benito Rising. You could also "stay tuned" for a possible public announcement about Pearl's talk.

Coincidentally, I had just been doing some other reading about democracy when I saw Pearl's article. The Nation has recently published an article entitled "What Was Democracy?" Amor Mundi, a blog published by The Hannah Arendt Center at Bard College asks "Is Democracy Over?" All of these three articles raise the question, in various ways, whether "democracy" has any continuing vitality in our current world.

The Hannah Arendt blog, which comments on the article from The Nation, says this: