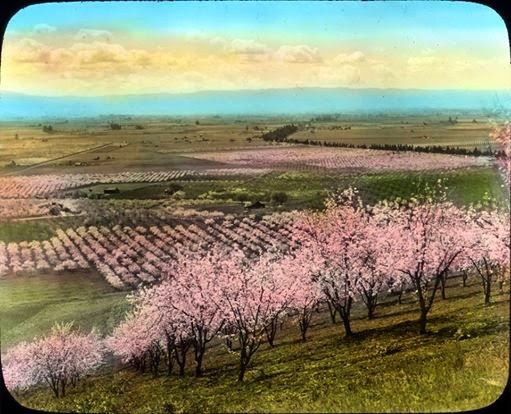 The picture above has been purloined from a Facebook posting made by the sister of one of my Facebook Friends. It shows Santa Clara County in the 1960's. My friend's sister put out the picture especially for her brothers and sisters, who grew up in Santa Clara. She called it the "Good Old Days."

I, too, grew up in Santa Clara County in those good old days. My family lived in the City of Palo Alto, not the City of Santa Clara, but I remember those cherry and apricot orchards stretching as far as the eye could see.

I am not saying that there aren't great things about the "Silicon Valley," as it exists right now (see image below), but I question whether children growing up in Santa Clara, and Sunnyvale, and Mountain View, and Palo Alto today - in the 2010's - are going to be posting pictures for their brothers and sisters, fifty years from now, calling the vistas of these times the "Good Old Days."

I could be wrong, and we may or not make it another fifty years, too. We have to consider that possibility.

Nature is finite. Our desires not so much.

My best advice? We had better learn to live within the confines and limits of the World of Nature, instead of thinking that the works of our own hands are going to be better than those "Good Old Days." 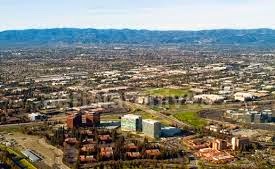