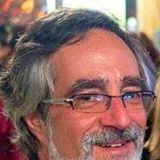 I have followed Aaron's career with great delight. Among other things, Aaron is the bête noire of the development community in San Francisco, and is high on the Willie Brown "do not invite to my parties" hit list. Most recently, Aaron played a key role in helping to pass a "No Wall on the Waterfront" initiative that shut down a massive development proposal right near the Ferry Building.

Recently, Aaron pointed his friends to an article from the 48 Hills blog, which regularly discusses San Francisco politics. You can subscribe to the blog if you are interested. It promises to disclose the "secrets of San Francisco."

I keep saying this, and allies of certain politicians keep ignoring me, but honest and open government is a progressive value. In some ways, these days it’s the most important progressive value. Because there’s a war against the public sector going on, an attempt to downsize and privatize government, and the more that we allow the people in office to undermine our faith in government, the more ground we lose.

Let me just weigh in with a strong "me too" comment. "Honest and open government IS a progressive value." It probably IS the "most important progressive value." And I agree that disaffection with government (often quite justified, of course) is undermining our progressive options. Even though he is long gone, Ronald Reagan is still winning the hearts and minds of the public with the concept that "government is the problem."

The only way we can achieve an "honest and open government" is by getting involved ourselves. A major time commitment is required. That has been my experience. I notice that this has been Aaron Peskin's experience, too.

Considering where we are, and where we are headed, the time to get personally involved in politics and government is NOW.