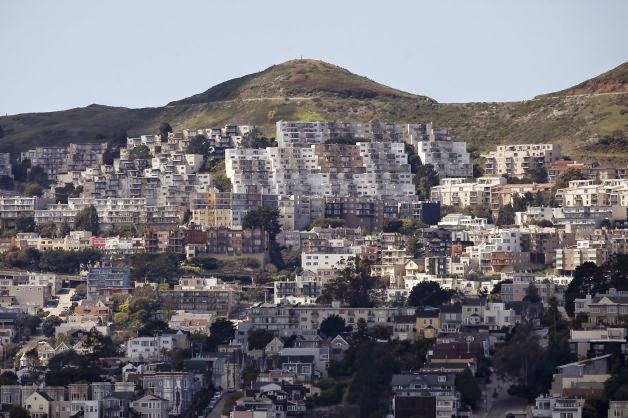 Planners and smart growth advocates (I qualify) have generally urged land use policy and project decisions that result in a more "dense" and mixed-use urban environment.

According to an article in the Thursday, April 3, 2014 edition of the San Francisco Chronicle, San Francisco is the second most dense city in the United States, right after New York City.

The benefits? Well, I tend to think of benefits like preserving open space and farmland, and reducing air pollution and energy use. The article says, though, that residents of cities like San Francisco have "increased health and safety, better chances of upward economic mobility and lower transportation costs." Not to mention that "the denser the city, the longer people live." We get about another three years of life if we live in a denser urban environment.

This is an article worth reading.

And worth thinking about.