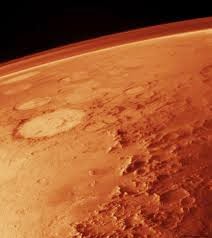 An article in the Sunday, April 13th edition of the San Jose Mercury News describes the "otherworldly ambitions" of Elon Musk. Musk makes a pretty good car (or so I understand). His ambitions, though, are apparently focused on the planet Mars, which is pictured above.

In short, the article suggests that Musk wants to populate Mars as "humanity's only viable refuge." He sees Mars as a "fixer-upper planet."

I think that the story on Musk's obsession with Mars exemplifies the kind of "two worlds" confusion I often write about in this blog.

Here are a couple of brief quotes from the Mercury article on Musk's Mars mania:

"Mars is what drives him," said Louis Friedman, an astronautics engineer who has known Musk for a decade. "From a psychological point of view, if you're stuck on Earth, humankind has limits -- and Elon isn't the kind of guy who likes to live with limits."


Alexandra Musk, Elon's 20-year-old half sister, says he sees Mars as humanity's only viable refuge. "With all the environmental problems on Earth, the next step is to move to a planet that we can live on," she said.

It would probably be unfair to suggest that the remarks of Musk's 20-year-old half sister accurately reflect his own views, or that one of Musk's acquaintances can be trusted accurately to reflect Musk's thinking. Musk, in fact, refused to comment for the Mercury article.

My advice for Mr. Musk? Focus on electric cars.

My advice for the rest of us? Start respecting the limits of this beautiful planet on which we have been privileged to be born.

There isn't going to be any "viable refuge" on Mars, or anywhere else. 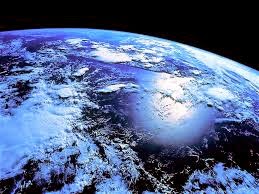