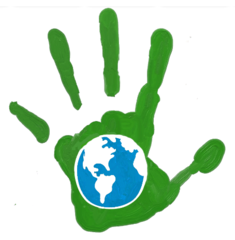 Today is also the beginning of a ten-day organizing effort called "The Global Climate Convergence," extending from "Earth Day" to "May Day." Economic justice and workers' issues are being featured, along with environmental issues, in the Global Climate Convergence. I heard about it from an online interview with Jill Stein, spokesperson for the Green Party and the Green Party candidate for President in 2012. She made a pretty compelling presentation.

Listed below are the ten goals of the Global Climate Convergence. All possible.

3.    Universal free healthcare & education through college. Affordable housing for all & a moratorium on foreclosures.

6.    Demilitarization: Cut at least 50% of military spending, freeing up resources for social programs & infrastructure. Foreign policy based on international law, human rights and diplomacy – not the military-industrial complex.

8.    Political democracy: All people, not corporations, have the right to self-government, to vote, & to have our votes count. Public financing, proportional representation & free use of public airways for candidates.

10.  Support human rights, rights of Mother Earth, the call for peace & an end to colonialism & imperialism, as called for in the Cochabamba People’s Agreement & the Universal Declaration of Human Rights.
We would have to change the world to get there, but then, we can do that!