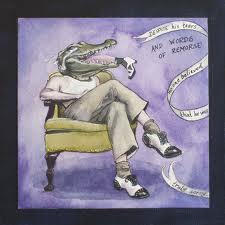 Arthur C. Brooks is identified as a "scholar" at the American Enterprise Institute. So is Lynne Cheney, wife of former Vice President Dick Cheney. Most members of the Board of Directors of the AEI are CEOs of major corporations. It is a nonprofit and "non-partisan" organization.

Up until now, the AEI has not been very much concerned with the elimination of poverty in America. Click on the link for a list of issues that the AEI thinks are important. That list includes approval of the Keystone XL pipeline and "reforming" the Dodd-Frank Act, a law enacted after the 2007 business crash, intended to make future bank speculations more difficult.

Things may be changing, however, at the AEI. A week or so ago, AEI scholar Brooks wrote a powerful indictment of President Obama. You need to read it to appreciate it. The President's recent efforts to call for more economic equality in the United States is faulted, in Brooks' article, because Obama is "neglecting the poor." All that talk about the "middle class" is really offensive, says Brooks:

Barack Obama won two elections with laudable promises to fight for people. That should include fighting for people at the bottom, even if the best policies for doing so contradict conventional progressive policy dogma. The American dream, so often mentioned in the president's speeches, won't be realized until the least among us have a real chance to earn their success.

As I say, this laser-like focus on the "people at the bottom" is a real first for the American Enterprise Institute.