#25 / The Story America Tells Itself About Itself 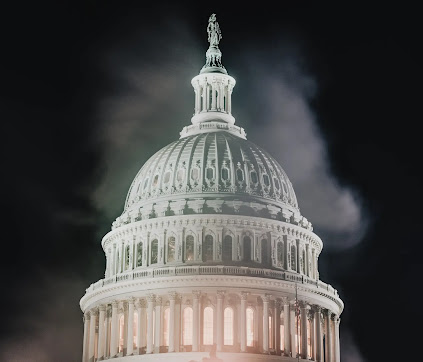 Lydia Polgreen authored an opinion piece in The New York Times on December 22, 2022. Her lengthy essay was headlined, "How Will History Remember Jan. 6?"
That is, of course, an important question, and I think it's fair to say that it will take years, probably decades, before we really know. As Polgreen says, "when asked about the meaning of contemporary events, historians like to jokingly reply, 'Ask me in 100 years.'"
Polgreen's essay begins with a discussion about how Nazi sympathizers sought to influence the American government just prior to the beginning of World War II - and how they had some success. The single line that caught my attention was much more general.
Commenting on how we really don't know what people will ultimately think about the events of January 6th, Polgreen said the question would ultimately resolve into what part those events would play in "the story America tells itself about itself."
As far as I am concerned, we should already know what that story is, and we should not be thinking about potential modifications, based on contemporary events.
The "Story America Tells Itself About Itself," in my opinion, can be found in three documents, and in these three documents, alone:

1. The Declaration of Independence

These three documents are not reports on what has happened, what has occurred, what has eventuated, what Americans have done. Americans have done so many terrible and shameful things - right from the very beginning! Is that our story? I think not.
Our "story," the story that America "tells itself about itself," is not a story about what has "happened to us," or about what we ourselves have done. It is a story about what we have committed ourselves to do. Those three documents I listed are the defining statements of intention and commitment that is the story that America "tells itself about itself."
In short:

America's story begins with certain statements in the Declaration of Independence that we have believed, from the very beginning, are "self-evident." The story we "tell ourselves about ourselves" starts with a claim that "all persons are created equal, that they are endowed by their Creator with certain unalienable Rights, that among these are Life, Liberty and the pursuit of Happiness, and that to secure these rights, Governments are instituted, deriving their just powers from the consent of the governed."

In the Constitution, with the Bill of Rights and the other Amendments to the Constitution included, we tell ourselves exactly how we have "instituted" the government that is committed to the truths contained in the Declaration. That form of government is a type of "self-government," established as a system of divided powers, with powers divided as between the three branches of the federal government, and with the power of the federal government deferring, in fundamental ways, to the separate governmental powers of each one of the states. Our Constitution contains a Bill of Rights, defying as illegitimate any claim by our government that it can truncate or limit our unalienable rights. The Constitution of the United States is the story that America tells itself about what democratic self-government requires.

Finally, after a Civil War in which over 600,000 Americans died, a war that posed a fundamental challenge to the commitments contained in the Declaration of Independence and the Constitution, Abraham Lincoln confirmed America's dedication to the story that America "tells itself about itself." His stirring words in the Gettysburg Address recommitted the nation to what the Declaration of Independence and the Constitution had proclaimed as "our story." Here is Lincoln, confirming and summing up our story:

That we here highly resolve that these dead shall not have died in vain -- that this nation, under God, shall have a new birth of freedom -- and that government of the people, by the people, for the people, shall not perish from the earth.

A story that anyone (or any nation) "tells itself about itself" is not a report of past occurrences or of the good or bad deeds done. An appreciation of historical events can inform, and perhaps even determine, the story told, but the story that America "tells itself about itself" was determined in 1776 and the years immediately following. It was reconfirmed at the close of the Civil War.
Today, we should look at the historic record (some great moments, some truly horrible and shameful ones) not to find out who we are - because who we "are" will depend on what we do.
Our commitments, in the Declaration of Independence, and the Constitution, and as remembered and reconfirmed in The Gettysburg Address, still define "the story we tell ourselves about ourselves."
Let us, today (as we remember what that story tells us), highly resolve to make that story live, and to make it real, and to ensure by our own actions, individually and together, that a government of the people, by the people, and for the people (all people!) shall not perish from this earth.
To Subscribe Just Click This Link
Image Credit:
https://www.nytimes.com/2022/12/19/opinion/january-6-report-history.html