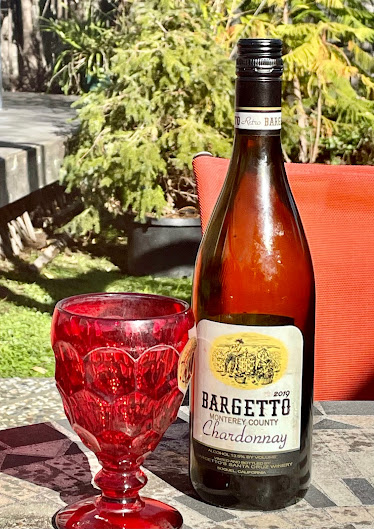 My next-street-over neighbors are responsible for having developed a periodic, in-person gathering of an eclectic group of intellectually-interested and politically-involved individuals.
Those who are invited, and who then convene, generally on a weekly basis, find themselves in an outdoor, garden environment, spurred on to engage in a wide-ranging debate and discussion about the news of the day. Topics tend to include complaints about the operations of local government, and have also included, in the past, debate about the alleged (by some) justification for the Russian invasion of Ukraine.
The instigators of this gathering for debate and discussion (who have a lifetime-long pedigree of academic involvement, at the very highest levels) invite participants to attend what they call:
"The Friday Whine"
Yes, alcohol is most definitely served! Wine, as you might guess! And yes, the general tone of the discussion that eventuates can turn out to be rather "whiny." Unbounded criticism of all and sundry - particularly high-office officials of all kinds - is the conversational staple.
I am a non-drinker, but when invited I do show up, pretty regularly, more for the intoxication produced by the vigorous discussion than for the intoxication produced by the prodigious amounts of the fermented juice of the grape that disappear over the course of a late afternoon - an afternoon, sometimes, shading into evening. Bottles of wine are opened, consumed, and disappear - always replaced by more - and discussion ranges from the delightful to the divisive.
It struck me, just recently, that the phenomenon I am describing (truly the invention of those next-street-over neighbors) is exactly the kind of thing that brings democracy alive. "Talking with strangers," and "fighting with neighbors," helps invigorate our realization that WE, ultimately, after all the debate and discussion is over, need to do something by way of action to try to accomplish what our discussions convince us is both needed and necessary.
"Whiny" discussions do not, in the end, probably set the best tone for the kind of invigorated and positive action we need to talk ourselves into taking.
However, we can start there! A really fine "whine," I am convinced, can spur us to the kind of positive engagement in our politics that is an absolute necessity if we are to avoid the calamities that we can see approaching, and if we are to realize the dreams of a better future that, if articulated, will provide us guidance to action, in the present.
Action, in the present, is our only way to make our dreams come true.
To Subscribe Just Click This Link
Image Credit:
Gary A. Patton, personal photo