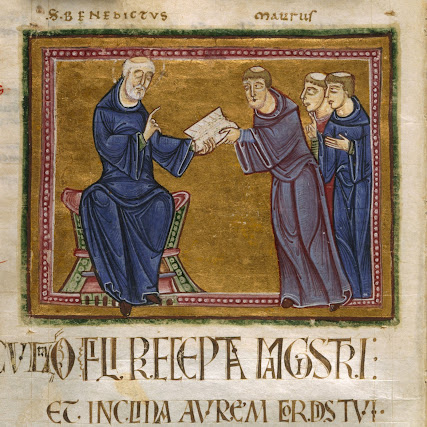 A book review in the August 10, 2022, edition of The Wall Street Journal caught my attention. The book reviewed, by Lorraine Daston, is titled, Rules: A Short History of What We Live By. Daston is an American historian of science.
What was not clear to me from the review is whether Daston really puts all the various "rules we live by" into a common category (which is how I read the review), or whether she properly differentiates between the kind of rules that scientists study and the kind of rules that governments promulgate.
Anyone who has been reading my blog postings for very long will probably be aware that I advocate for a "Two Worlds Hypothesis," and I want us all to understand the profound difference between the "Laws of Nature" and "Human Laws." You can click this link for a quick review of how I see the world, and how I understand "the [two different kinds of] rules we live by."
I think there are TWO kinds of rules, and that they are quite different. It is my belief and that we really need to understand the difference between these two versions of the "rules we live by," if we are properly to understand our place in the universe - and properly to understand the huge dimensions of our human freedom.
As I say, whether it's the fault of the reviewer, or of the book, The Wall Street Journal's book review seems to conflate and confuse the two:

Mass attracts mass, energy can be neither created nor destroyed, nothing is faster than light—we call these cosmic certainties “laws” of nature, but the comparison is an insult to physics. Regular laws, the human kind, are broken all the time. Laws of nature, by contrast, are products of induction, patterns of occurrence derived from observation; one solid counterexample would break them for good. They are bolstered by theory but backed by no other authority. Newton won’t punish you for violating his laws.

As the historian of science Lorraine Daston recounts in her fascinating study “Rules: A Short History of What We Live By,” the metaphor of natural laws was popularized in 1644 by Descartes in his treatise “Principia Philosophiae.” It has bothered certain thinkers from the start. The natural philosopher Robert Boyle, a contemporary of Descartes, objected to the notion of rational laws being obeyed by brute matter that was “devoid of understanding and sense.” Today, the term has a creaky ring, even if we might slyly appreciate how it captures the fact that science is an inherently human enterprise.

Civilization of any kind relies on rules about human behavior, but their nature isn’t static. Different eras have forged different types of rules, and seen existing ones in different lights. Laws, which aim for lofty authority, are only one of the flavors of constraint Ms. Daston describes, along with models and algorithms. She draws examples from a range of case studies, including Babylonian math texts, premodern recipes, attempts to reform spelling, the municipal regulations of Enlightenment Paris and casuistry, the medieval method of reasoning that is the source of the term “case study.” She plots them all on several overlapping axes that yield rich comparisons: flexible vs. rigid, general vs. specific, “thick” vs. “thin” (thick rules fold in examples and exceptions, while thin ones anticipate a stable, predictable world).

I haven't read the book, and maybe it's the reviewer, not Daston, who doesn't seem to make clear that using Natural Laws as a "metaphor" to characterize the rules that human beings make (or vice versa), is a profound error. There are "scientific" laws that govern the Natural World. Suggesting that our human laws are like those Laws of Nature is a common misconception, and the misconception results in the truncation of human freedom, since in the world that we create, the "Human World" in which we most immediately live, there is no "rule" or "law" that can't be changed.
If we fail to pay heed to the laws governing the Natural World, we doom ourselves (check out what global warming is doing to human civilization and to the Natural World itself). But the human laws that most immediately effect how we live (who pays taxes, and how much; who gets educated and who gets health care, etc.) - all those "rules we live by" - are absolutely susceptible to change. Failure to understand this, and to act upon that understanding, is putting our society in peril - in danger of collapse.
There are, in fact, two kinds of law. There are two quite different kinds of "rules we live by." We had better start understanding the difference, and start conducting ourselves accordingly, or we won't be around much longer to write books, or to read them!
To Subscribe Just Click This Link
Image Credit:
https://www.wsj.com/amp/articles/rules-review-the-measure-of-all-things-11660080897