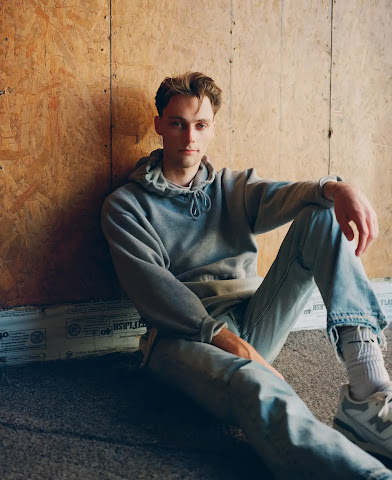 That is Trevor Rainbolt, pictured. He has what most of us would think of as a "superpower."
Rainbolt's "superpower" is to be able to identify, almost instantaneously, the location at which a picture was taken (a place that can be anywhere in the world).  Show Rainbolt a picture of a road in Japan (or of a mountain in Bolivia), and Rainbolt will be able to tell you the country after looking at that picture for only seconds.
Rainbolt is not the only person who can do that. As I learned from a New York Times article, there are lots of people who play an online game called "GeoGuesser." Some of them, reportedly, are even better at the game than Rainbolt - but Rainbolt IS rather good.
Read the article to learn more about Rainbolt and others with the GeoGuessing superpower. In the hard copy version, The Times' article is titled, "Identifying Street Views At a Glimpse, Just for Fun." As is often true, the online headline is different.
I decided to draw GeoGuesser to the attention of any who might read my blog posting today for two reasons. First, I think that what people like Rainbolt can do is pretty amazing - and I imagine that a lot of people (like me) will never have heard of this rather amazing "superpower," and will be just as impressed as I was by what the human brain can do, given time and desire.
There is, though, something else to say. At least I think so. If growing numbers of people in the world are able, with a glance, to tell where in the world a picture was taken, isn't this a demonstration that we do, truly, live in "one world?"
You know, we don't act like it.
We haven't set up our governance arrangements really to acknowledge it.
It's about time we did!
To Subscribe Just Click This Link
Image Credit:
https://www.nytimes.com/2022/07/07/business/geoguessr-google-maps.html