Paul Krugman is an economist. He is Distinguished Professor of Economics at the Graduate Center of the City University of New York. He also writes a column for The New York Times.
On June 14, 2022, Krugman's column in The Times was titled, "A Dying Lake's Message About The Future." The lake in question, the largest saltwater lake in the Western Hemisphere, is the Great Salt Lake, located in Utah.
Krugman notes, in his column, that he hadn't been paying attention to what's been happening at the Great Salt Lake. He hadn't, really, focused on the fact that the lake is drying up. Krugman was alerted to what is going on at the Great Salt Lake by an article in The Times. That article, published on June 7, 2022, was titled, "As the Great Salt Lake Dries Up, Utah Faces An ‘Environmental Nuclear Bomb.’" Krugman pointed out in his column that "We’re not talking about a hypothetical event in the distant future: The lake has already lost two-thirds of its surface area."
Perhaps your reaction to this news about the Great Salt Lake is, "Who cares?" The fact that the Great Salt Lake has lost two-thirds of its surface area may well have escaped your notice, as it had escaped Paul Krugman's notice. I certainly didn't know. Given lots of other important things to think about, few will probably be thinking about the implications of what is happening.
Krugman suggests that a "Who cares?" reaction to the drying up of the Great Salt Lake is not the right reaction. What is happening is a genuine ecological disaster, Krugman says, "salinity rising to the point where wildlife dies off, [and] occasional poisonous dust storms [are] sweeping through a metropolitan area of 2.5 million people...." To be clear, what is happening might make Salt Lake City, Utah uninhabitable. The city has a current population of 1,257, 936 people, so that would be a pretty "big deal."
Krugman's column says that his real concern is not, really, that this ecological disaster is occurring. What most distresses him is the fact that no one seems to be responding:

What’s happening to the Great Salt Lake is pretty bad. But what [is] really scary about the report is what the lack of an effective response to the lake’s crisis says about our ability to respond to the larger, indeed existential threat of climate change.

If you aren’t terrified by the threat posed by rising levels of greenhouse gases, you aren’t paying attention — which, sadly, many people aren’t. And those who are or should be aware of that threat but stand in the way of action for the sake of short-term profits or political expediency are, in a real sense, betraying humanity.

In other words, the drying up of the Great Salt Lake is just a relatively minor manifestation of a much greater, global problem, and we are not, somehow, appreciating what that really means. We're not doing anything effective about the crisis we confront - and the reality is that we need to do "everything" that is effective, if we wish to survive the crisis which we have created for ourselves.
As I read through Krugman's column, the words of "We Are The World" sprang into my mind. "'We Are the World' is a charity single originally recorded by the supergroup USA for Africa in 1985. It was written by Michael Jackson and Lionel Richie and produced by Quincy Jones and Michael Jackson for the album We Are the World. With sales in excess of 20 million copies, it is the eighth-bestselling physical single of all time."
You can click this link to read the lyrics. You can click right here, or on the YouTube video at the top of this blog posting, to hear the song sung by a contingent of popular singers that includes everyone from Michael Jackson to Bob Dylan and beyond. It's pretty inspiring! Please do listen!

We Are  The World.
Emphasis on the "WE." That means "You." That means "Me." All of us. Everybody.
Krugman is right. No time to waste. 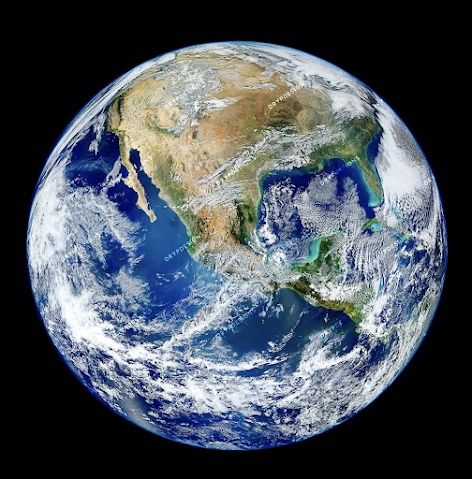