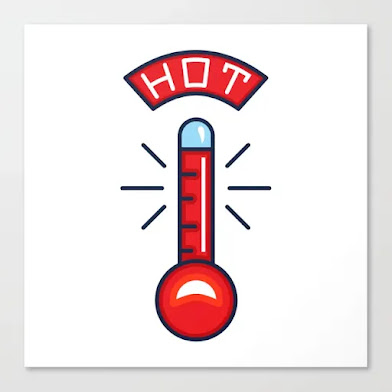 Reading The New Yorker Magazine on a regular basis is an easy way to access the intellectual debates and discussions taking place in contemporary American society. The New Yorker is structured as follows: (1) A Table Of Contents; (2) A list of Contributors; (3) "The Mail" (basically what would be called "Letters to the Editor" in a newspaper); (4) "Goings On About Town," a listing of theatre, dance, music, and gallery events the magazine thinks worth noting; (5) "Tables For Two," a restaurant review; (6) "The Talk Of The Town," short commentaries on national and New York City topics, some profoundly serious and others with a comic cast; (7) The rest of the magazine, which includes articles about almost everything: movies, medicine, sports, books, personal profiles, puzzles, and cartoons - not to mention poetry and fiction.
"The Talk Of The Town" section of the August 8, 2022, edition of The New Yorker begins with a "Comment" by Bill McKibben. In the print version of the magazine, McKibben's Comment is headlined, "Highs And Lows." You can probably slip by any paywall in place and read McKibben's Comment by clicking that link.
Here is what McKibben says about the truly extraordinary temperatures recorded in the Midlands of England in late July of this year, where monthly temperature records have been maintained since 1659 and where daily recorded temperature data has been tallied since 1772:

Until last month, the highest daily mean ever measured there was 25.2 degrees Celsius, or about 77.4 degrees Fahrenheit, in August of 2020. Then, on July 19th, as an epic heat wave swept across the British Isles, the mark was reset at 28.1 Celsius, or 82.6 Fahrenheit. If that hadn’t happened, topping the previous high by a full 5.2 degrees Fahrenheit would have seemed statistically impossible. The fact that it did happen is frightening—a sign of a world coming unstuck.

In case you have been feeling that the world might be "coming unstuck," join the crowd. We tend to feel that the world is "coming unstuck" because it is!
McKibben goes on, after the rather dire first part of his Comment, to give us some "good news" and some "bad news." McKibben says, by way of "good news," that the climate bill now pending in Congress is, taken as a whole, a "triumph." The bill is "the most ambitious climate package ever passed in the U.S., and would allow the country to resume a credible role as an environmental leader."
McKibben does note that the bill reflects the "lingering power of the fossil-fuel industry." Nonetheless, he says, "assuming that the Democrats stand together," the overall impact will be "worth it, in carbon terms," though "there's no denying that it will set a problematic example around the world."
The latest news is that the Democrats are, indeed, going to "stand together." Joe Manchin is on board, and Arizona Senator Krysten Sinema has now announced that she will support the bill, too, since Democratic leaders "agreed to drop a $14 billion tax increase on some wealthy hedge fund managers and private equity executives that she had opposed, change the structure of a 15 percent minimum tax on corporations, and include drought money to benefit Arizona."
So, that's the "good news." The "bad news" that McKibben delivers is about what is happening elsewhere in the world:

Last week, the Democratic Republic of the Congo announced that it hopes to become “the new destination for oil investments,” and scheduled an auction of oil and gas leases in its vast rain forest, including parts of the biologically diverse Virunga National Park, a sanctuary for endangered mountain gorillas. The government also aims to allow drilling in the nation’s extensive peatlands, which are an effective storehouse for carbon; in fact, they hold as much carbon as the entire world emits in three years.

Opening the region up to drilling wouldn’t just add fuel to the fire—it would shut off a hose that fights the flames. Still, in addition to doing whatever is possible to dissuade the D.R.C. from allowing that, it’s worth viewing the announcement as a trolling of other nations, such as this one, that continue to think they have a right to expand fossil-fuel production. Tosi Mpanu-Mpanu, Congo’s longtime climate representative, has been at every big global climate meeting since 2007, so he no doubt knew exactly how much controversy he’d unleash when he told a reporter from the Times last week that his country’s priority is to generate revenue to fight poverty—“not to save the planet.”

There would be a way to prevent the kind of oil company activities in the Congo that McKibben indicates are just around the corner. However, the United States government would have to apply "sanctions" to any fossil fuel company that tried to do what McKibben says they're planning to do.
How likely is that? Given what seems like the rather significant "lingering power" of the oil companies in this country, I wouldn't bet on our ability to do what needs to be done. As McKibben observes, we're not cutting back on new oil production efforts in the United States. Until we do that, the chance that we can stop expansion elsewhere in the world is, to use McKibben's word, "problematic."
In short, as I read McKibben's Comment, the "bad news" may outweigh the "good news." And if that's the case, the World of Nature, upon which we absolutely depend, for everything, is going to continue to "come unstuck."
To Subscribe Just Click This Link
Image Credit:
https://society6.com/product/hot-thermometer-illustration_stretched-canvas