The New York Times has noted that Canada has been able to move ahead on gun control legislation, prompted by recent events, while the United States has been, for the most part, unable to pass any truly significant legislation. The Times suggests that the reason for this is that Canada has a parliamentary system of government:

Differences in national culture and issues, while meaningful, do not on their own explain things. After all, Canada also has two parties that mostly dominate national politics, an urban-rural divide, deepening culture wars and a rising far-right. And guns have been a contentious issue there for decades, one long contested by activist groups.

Rather, much of the gap in how these two countries handle contentious policy questions comes down to something that can feel invisible amid day-to-day politicking, but may be just as important as the issues themselves: the structures of their political systems.

Canada’s is a parliamentary system. Its head of government, Justin Trudeau, is elevated to that job by the legislature, of which he is also a member, and which his party, in collaboration with another, controls.

If Mr. Trudeau wants to pass a new law, he must merely ask his subordinates in his party and their allies to do it. There is no such thing as divided government and less cross-party horse-trading and legislative gridlock (emphasis added).

The Times does not suggest, editorially, that the United States should be thinking about moving to a parliamentary system, but any reader of this article about gun control legislation might start thinking that this could be a change for the better.
Before we move in that direction, however, we should remember that our government is designed the way it is for a reason. Our sytem makes it very difficult for our Chief Executive to act unilaterally (as The Times points out that Canada's Prime Minister can do). It is true that this makes it hard for the country to move rapidly to enact dramatic new policies affecting the public. But giving our President the kind of power that the Canadian Prime Minister has would have some very significant downsides.
EXHIBIT A: 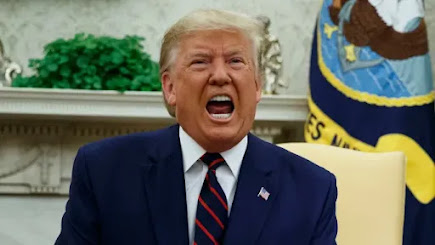