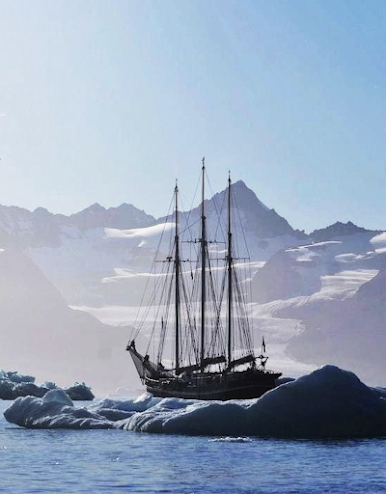 "Borgen" means "castle," in Danish, and Borgen is the title of a series of television dramas available on Netflix. The series focuses on politics in Denmark, and particularly on the tragedies and triumphs of the central character, Birgitte Nyborg Christensen—who begins as a minor centrist politician and then becomes the first female prime minister of Denmark.
Borgen is quite good (particularly if you like politics). I recommend it, if you haven't already seen it. There were three earlier seasons, and now there is a fourth, "Borgen: Power & Glory."
The latest series of episodes has Nyborg acting as the Foreign Minister for Denmark, quite some time after she has left the Prime Minister's office behind. The current series is about the discovery of oil in Greenland (a Danish protectorate), and how Nyborg, who has led efforts to stop oil drilling, is compelled to accommodate her politics.
I think I was vaguely aware of who Knud Rasmussen was, before watching the latest episodes of Borgen, but I never would have triumphed in a "Jeopardy" contest centered on identifying him. How about you? If you were given the following description (taken from Wikipedia), would you have been able to shout out, "Who is Knud Rasmussen?"

A Greenlandic–Danish polar explorer and anthropologist, who has been called the "father of Eskimology" and was the first European to cross the Northwest Passage via dog sled.

At any rate, the third episode of the latest Borgen series features a quote from Rasmussen. Here is that quote:

Nature is great but man is greater still.

Since this quote directly contradicts my "Two Worlds Hypothesis," I decided I should track it down, and determine in what context Rasmussen made this claim. Here is what I found:

As he reaches the end of the expedition report in his book Across Arctic America, Knud Rasmussen takes with him his companions of adventure, Anarulunguaq and Miteq, to New York City. They both had lived their whole lives in a continent of ice and sea, knowing only a two dimensional world where the only concern was to hunt the next meal, on land or in water, leading a slow pace of life as nothing more has to be done after eating, the immense world around a white carpet or the iced covered ocean. 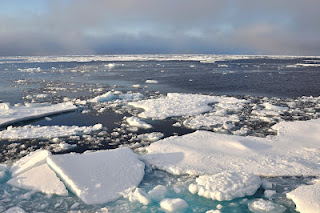 Then, there, surprise, amazement and even panic...

'I stood on the roof of a skyscraper looking out over the stony desert of New York. (...) Anarulunguaq stood beside me.

"Ah", sighed Anarulunguaq, "and we used to think nature was the greatest and most wonderful of all! Yet here we are among mountains and great gulfs and precipices, all made by the work of human hands.(...) Nature is great; but are not men greater? Those tiny beings we can see down there far below, hurrying this way and that, they live among these stone walls; on a great plain of stones made with hands. Stone and stone and stone. There is no game to be seen anywhere, and yet they manage to live and find the daily food.

Have they then learned of the animals, since they can dig down under the earth like marmots, hang in the air like spiders, fly like the birds and dive under water like the fishes; seemingly masters of all we struggled against ourselves? 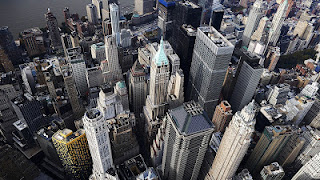 I see things more than my mind can grasp; and the only way to save oneself from madness is to suppose that we have all died suddenly before we knew, and that this is part of another life.

Nature is great; but man is greater still." 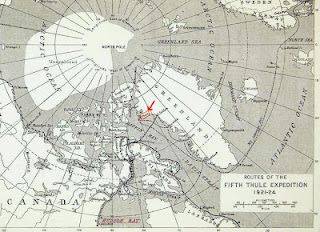 It is hard deny how impressive the works of human beings really are. Seeing New York City for the first time, particularly if one's only other experience was in lands in which no human works were ever visible, it is understandable that someone might say what Knud Rasmussen said.
But was he right? I think not. Not in this, not in claiming that "man" is greater than "nature."
It is from "Nature," in the end, that everything that human beings do is ultimately derived. We forget this at our greatest peril!
To Subscribe Just Click This Link
Image Credit:
http://ultima0thule.blogspot.com/2013/11/5th-thule-expedition-nature-is-great.html