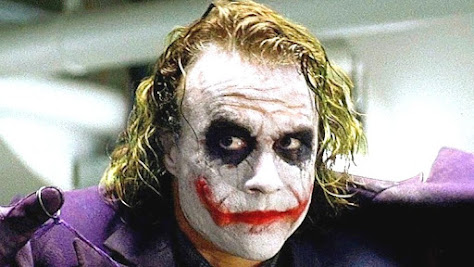 In a column published in the San Francisco Chronicle, Jackie Mansky suggests that "chaos" may be a rather good thing - at least sometimes - and that we should treasure those "agents of chaos" who inspire changes in our existing situation. We root for the "Joker," in other words, whom Wikipedia officially denominates a "supervillain," because the truth is that we need a little "chaos" to stimulate us to make positive changes to the world. That is the Mansky hypothesis.
It is indisputable, I think, that searching for "order," as our most important social, political, and economic objective, can lead us rather quickly into some very bad political, economic, and social arrangements. "Order," for instance, can quickly transform itself into totalitarianism, when "order" is single-mindedly pursued as our most highly-desired social state.
Mansky's point, thus, is that "agents of chaos" can serve a positive purpose, when they open up our social, political, and economic arrangements to potentially healthy changes. As indicated below, she identifies Elon Musk as a prototypical "agent of chaos."

The term “agent of chaos” has been rattling around in the back of my brain since a billionaire announced his intention to acquire a “sporadically profitable social company,” to quote the New York Times, for $44 billion, roughly 19% of his net worth. Some used it in the negative, but mostly it was the fandom who murmured it, admiringly, after news of the purchase broke. Their trickster king, at it again.

In this chaotic period, figures like Elon Musk, who seemingly wield chaos like a lightning rod, have become lauded for their disruptive acts among a certain set. The term “chaos agent,” I’ve noticed, has come to cloak people like Musk in a kind of neutrality — after all, they’re just sowing chaos for chaos’ sake. The term not only absolves them of any responsibility, but even holds up their pot-stirring as some kind of noble act.

The use of the term agent of chaos in this way spiked after the late Heath Ledger, playing the Joker, popularized it in Christopher Nolan’s Batman reboot, “The Dark Knight.”

“Introduce a little anarchy, upset the established order, and everything becomes chaos,” the oft-quoted line begins. “I’m an agent of chaos,” the Joker continues, “and you know the thing about chaos? It’s fair.”

I do think that there is some truth in Mansky's observations, but thinking about Musk (a paragon of individualistic selfishness) as any kind of "role model" leads me to reject the idea that "chaos" is, ultimately, going to be a net positive for society at large. In the end, while skeptical about "order," I don't want to celebrate "chaos" as an operational objective, either. After all, "chaos" is not that attractive to most of us, when it starts making our lives uncertain and risky - as "chaos" has a way of doing.
"Chaos Theory," as the term is used in modern mathematics, is based on the discovery that systems that appear to be "predictable," and thus "ordered," are intrinsically "unpredictable." This means, the way I apply this insight to our social, political, and economic arrangements, that whatever apparently inevitable "order" appears to us, as we view the world, we should always remember that there is something, usually unseen, that can transform it.
I call that agency of change by this name: "possibility."
"Possibility" is not the same as "chaos," or an indication that "chaos" rules the world. It is, rather, the real truth of our human situation. Whatever "order" is presented to us as an inevitability, the "order" that appears to be so formidable is not, in fact, a correct reading of reality.
You can call those who show us that this is true "agents of chaos," if you want to. I prefer to think of them as "agents of transformation," and "agents of "change," agents of "possibility."
Let us celebrate those persons who are, in the end, humanity's best hope to transform the unacceptable realities of our present into a better state of affairs. What these persons reveal to us, however, is not "chaos," but, in fact, a new order, a "Novus Ordo Seclorum," a "New Order In The World."
That phrase, in fact, appears on the Great Seal of the United States, and is the motto of the American Revolution.
You can call me an "agent of chaos," if you want to, but I would rather be called an "agent of transformation," an "agent of change," an agent of "possibility," and an "agent of revolution."
Aren't we ready for another revolution - for a "New Order In The World"?
I think we are! 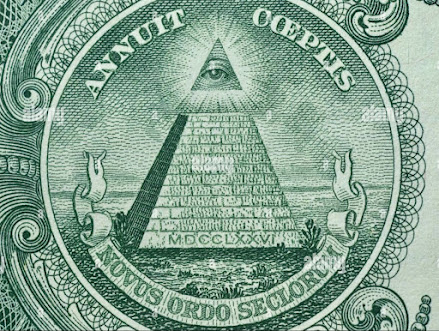