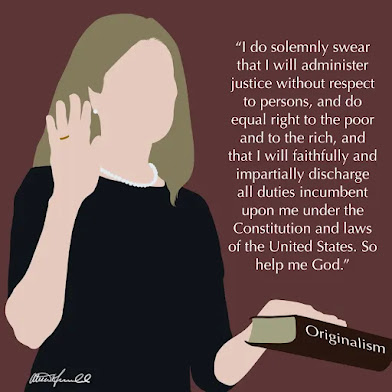 As has been expected, we now have a final Supreme Court decision in the case of Dobbs v. Jackson Women’s Health Organization. This is a case in which the petitioners have asked the Supreme Court of the United States to overrule the Court's 1973 decision in Roe v. Wade and the Court's 1992 decision in Planned Parenthood v. Casey.
In both Roe v. Wade and Casey, the Supreme Court held, definitively, that women have a constitutional right to obtain an abortion. The Court has now reversed those prior holdings - and this has required the Court to overrule and repudiate its own precedents. Now, each one of the fifty states can make up its own rules about abortions. There is now no "right," based on the United States Constitution, that would override what a state legislature might decide. Some states, like California, will continue to provide women with the right to obtain an abortion. Other states will declare abortions unlawful and illegal. In fact, some states have already done that.
As I am sure everyone remembers, we saw a "leaked" version of a draft decision in the Dobbs case. This "leaked" decision may, or may not, be what the Court has decided, ultimately, to publish (I have not yet had a chance to do a comparison reading). It is probably pretty safe to say, though, that the reversal of the Court's longstanding precedent in Roe v. Wade, and in Casey, is premised upon what is popularly called the doctrine of "originalism."
Now, I have read the original words of the Constitution many times, including all those words found in the first ten amendments, which are most commonly known as the "Bill of Rights." I have to confess that there is no statement in the Constitution, as originally promulgated, that mentions abortion, or that provides a right to obtain an abortion. There is also no language in the original Constitution that provides us with a right of "privacy," although the Supreme Court held in Griswold v. Connecticut, a 1965 decision, that "the Constitution does provide us just such a right.
Roe was significantly based on Griswold, so if the Court now decides that the protections provided by the Constitution are limited to those that are explicitly found in the words of the "original" Constitution, then we should be prepared to say "goodbye" to the right of privacy, too, in all of its manifestations.
We are told not to worry about that, though! In the "leaked" draft, Justice Alito, himself, tells us not to worry. He knew we would be worrying! According to Alito, the right for a woman to have an abortion is something quite different from the right to have sexual relations with someone of the same sex, or the right to marry someone of a different race.
The Supreme Court, in the past, has validated those "rights," not spelled out in the text of the "original" Constitution, largely based on the decision in the Griswold case. But don't worry, says Justice Alito, the Supreme Court isn't coming after those "rights," even though they are not spelled out in the words of the "original" Constitution. Justice Thomas, who wrote a concurring opinion in the Dobbs case, is a bit more honest and forthright. He connects the dots. If Griswold doesn't protect a woman's right to have an abortion, Justice Thomas says, it doesn't protect any of the other rights that are based upon its reasoning.
You can think about this more, if you want to, by reading an opinion piece that David J. Garrow wrote for The Wall Street Journal. Garrow seems to be delighted with the "leaked" decision in Dobbs:

Garrow professes no significant worries about what this "fundamental transformation" of the Constitution really means, and what it might portend. My own evaluation? This "fundamental transformation"  means real trouble!
Now, I have my own theory about why we do, in fact, have a Constitutional "right to privacy," and all those other allied rights that the Supreme Court has recognized, including the right, provided to women, to decide to have an abortion. My theory is based on words that are absolutely present in the "original" Constitution, which includes the Bill of Rights. Here is my theory, explained succinctly:
The Ninth Amendment to the United States Constitution (part of that Bill of Rights) is absolutely intended to make sure that the text of the "original" Constitution is never read as a "limitation" on the rights that the Constitution protects. Read the text of the Ninth Amendment for yourself:

The enumeration in the Constitution, of certain rights, shall not be construed to deny or disparage others retained by the people.

As you can see, the Ninth Amendment specifically says that the people retain rights not "enumerated" in the "original" text of the Constitution, i.e., not spelled out in the "original" text. What kind of "rights" might those be?
Let me refer you, please, to the Declaration of Independence. The Constitution must be seen as the way that Americans of our revolutionary generation decided to "institutionalize" their independence, and the Declaration of Independence says this straight out. Hopefully, the following words from the Declaration don't come as a news flash to anyone:

We hold these truths to be self-evident, that all men are created equal, that they are endowed by their Creator with certain unalienable Rights, that among these are Life, Liberty and the pursuit of Happiness [and] That to secure these rights, Governments are instituted ...

Assuming that we should take the Declaration of Independence seriously, as a statement of what the government we instituted (in the Constitution) is all about, we will see that our government was formed in order to "secure" rights that are "unalienable," and that among these rights are "life," "liberty," and the "pursuit of happiness."
Life, liberty, and "the pursuit of happiness" are commonly encompassed in a word that has been beloved by Americans over hundreds of years: "Freedom."
The "original" Constitution is dedicated to the proposition that life, liberty, and the pursuit of happiness - human freedom - will not be foreclosed by the national government, and the Fourteenth Amendment to the Constitution makes abundantly clear that these protections must be provided by the state governments, too, not just the national government.
That "leaked" opinion?
That "leaked" opinion is the opposite of "originalism," because it defiles and denies the "original" idea of what this country is all about.
As I noted before, in a blog posting that appeared shortly after that "leaked" opinion surfaced, all of us - those of us who are true "patriots," and who love this country because of its dedication to human freedom - must now be energized to make good on what both the Declaration of Independence and our Constitution say. We must engage in the political struggles that are the way - the only way, and the right way - we can demonstrate our commitment to all those who live and seek shelter in this "land of the free," this "home of the brave."
To Subscribe Just Click This Link
Image Credits:
https://dailycampus.com/2020/11/09/a-risky-philosophy-the-cons-of-originalism-and-textualism/