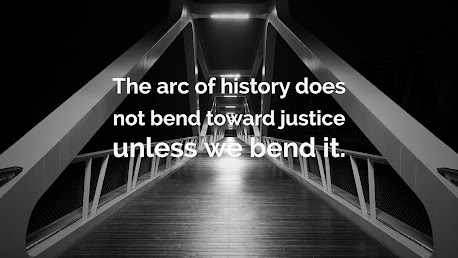 Do you remember having heard about Francis Fukuyama, who is the author of The End of History and the Last Man? Fukuyama's book was published in 1992, and it made a big impression. Fukuyama argued (as Wikipedia puts it) "that the worldwide spread of liberal democracies and free-market capitalism of the West and its lifestyle may signal the end point of humanity's sociocultural evolution and political struggle and become the final form of human government."
Nice thought! Tell it to the Ukrainians! Read up on the politics and government of present day China. Read what's happening in the United States today.
History has not, most would probably agree, conformed to Fukuyama's rosy predictions, and "liberal democracy" is under siege, even in the United States. Fukuyama, however, does not appear to concede that his earlier predictions were simply wrong. Thus, he is calling upon us to have patience, and to stretch the timetable of our expectations as we move to that liberal, capitalistic "final form of human government."
A recent article by Fukuyama in The Wall Street Journal tells us this: "A democratic world order is not the inexorable outcome of historical forces, but even amid setbacks, societies are clearly evolving toward equality and individual freedom."
The title of Fukuyama's article is, "The Long Arc of Historical Progress," and this title reminds us of the words of Dr. Martin Luther King, Jr., who said, "the arc of the moral universe is long, but it bends toward justice." This statement by Dr. King, which is oft repeated by various persons, in various contexts, is said to have been President Obama's favorite quotation. President Obama liked it so much, in fact, that he had that statement woven into a rug in the Oval Office.
Critics of Dr. Fukuyama (and Dr. King - and President Obama, for that matter) point out that there is a big problem with that quote about the "arc of the moral universe." The statement seems to imply that history is some kind of "self executing" story, with a positive outcome ultimately guaranteed. Human choice and human action are more or less going along for the ride, instead of driving the car. The image at the top of this blog posting is attempting to make that point.
In his recent article in The Wall Street Journal, Fukuyama acknowledges this criticism, citing specifically to a recent article in The Atlantic by historian Anne Applebaum. Applebaum is a Polish-American journalist and historian and Fukuyama quotes her to say, "There is no natural liberal world order, and there are no rules without someone to enforce them."
Still, having made this concession at the beginning of his article, Fukuyama then devotes the rest of his article (a full page and a half in length) to argue that while "events" may not always make this clear, the "structure" of history is heading us in the right direction.
I enjoyed Fukuyama's article, and I think it's worth reading. It provides us some reason to be optimistic - but I would counsel us to be optimistic about what is possible, and not assume we can count on good outcomes as inevitable.
I continue to believe that if history is "going somewhere," that where it is heading won't be a "good" somewhere unless we are driving the car, and steering it to where we want it to go. Sitting back in comfort and watching history out of the windows is not the way to travel a moral arc that bends toward justice.
To get to justice, we need to bend that arc ourselves!
To Subscribe Just Click This Link
Image Credit:
https://quotefancy.com/quote/2099120/Adam-Benforado-The-arc-of-history-does-not-bend-toward-justice-unless-we-bend-it