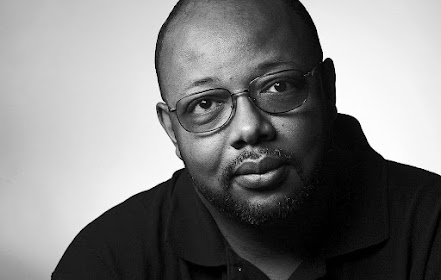 That is Leonard Pitts, Jr., whose picture is posted above. Pitts is a nationally syndicated columnist, who writes for The Miami Herald. Wikipedia tells us that Pitts is the winner of the 2004 Pulitzer Prize for Commentary, and that his columns "deal with race, politics, and culture from a progressive perspective."
I am reprinting one of Pitts' columns below, in its entirety. The column ran yesterday in the San Jose Mercury News, and I think it is a very good column. It is titled, "Everybody Plays The Fool," and Pitts asserts, in the column, that our former president, Donald J. Trump, is best understood as "a con man from Queens who cares about nothing that doesn’t line his pockets or fatten his ego."
That is, I think, an accurate observation. Probably, though, anyone reading this blog posting already knows the truth of what Pitts has said about our former president.
The main reason I am posting this brief commentary is probably that it gives me an excuse to highlight the following song, which Pitts references in his column, "Everybody Plays The Fool." You can read the lyrics by clicking here. Best thing, though, is to watch the video. A link is immediately below. The song is by The Main Ingredient, and the title of Pitts' column brought it back immediately into my mind. It's a stellar song:

Pitts' column is pretty good, too!

oooOOOooo
Everybody Plays The Fool

I won’t bother reasoning with you.

As I’ve said before in this space, it’s my opinion that you folks who support Donald Trump are, by definition, incapable of that function, so it’s foolish to even try. You may think that’s harsh. I think it’s time-saving.

But I do have a question for you: Don’t you feel kind of stupid right now? Doesn’t the revelation that it was all a con leave you feeling like a sucker? Doesn’t simple human pride have you smarting, at least a little bit?

Or maybe you have no idea what I’m talking about. After all, Fox “News” and other elements of the conservative media omniplex have studiously avoided giving much attention to the hearings of the House select committee investigating the attempted coup of Jan. 6, 2021. For the rest of us, they’ve become must-see TV, but you’ve likely been shielded from them.

So you may not have heard Monday’s revelation that not even members of Trump’s own inner circle — his daughter, his aides, his attorney general — believed his absurd claim that he was cheated out of the 2020 election. Lawyer Eric Herschmann thought it was “nuts.” Attorney General William Barr feared your guy was “detached from reality.”

But — and here’s the part that relates to you — even though his own people told him quite clearly that there was no election fraud, he still told you something else: a bizarre fable about a vast and byzantine conspiracy involving Democrats, Republicans, poll workers, truck drivers, a polling machine manufacturer and — who knows? — maybe Bigfoot on the grassy knoll. We all know how that lie brought thousands of you to the National Mall in the attack on the U.S. Capitol. What is less often discussed is that he also used this lie to tap folks like you for donations to the tune of a quarter of a billion dollars.

As the committee established in a video presentation, you were told in relentless email solicitations that your money was needed to stop the so-called “left-wing mob” from stealing the election. Your donations, he claimed, would go to something called the Official Election Defense Fund. But as Trump officials now admit, no such fund ever existed. Your money went elsewhere, including to the “Trump Hotel Collection.”

So yeah, to quote Denzel Washington in “Malcolm X:” “You been had! You been took! You been hoodwinked! Bamboozled!”

That should make you angry, but it probably doesn’t. Over 40 years of research has firmly established an odd fact about us humans. If we are deeply invested in a belief, we find it almost impossible to admit — even to ourselves — that we are wrong. Indeed, if confronted with incontrovertible proof that we’ve made a mistake, we’ll double down on the mistake rather than embrace the truth.

Which is scary, because who has ever been more deeply invested in anything than you are in Trump? But as it says in the wise old song quoted above, “Falling in love is such an easy thing to do, and there’s no guarantee that the one you love is gonna love you.”

Donald Trump doesn’t love you. He is a con man from Queens who cares about nothing that doesn’t line his pockets or fatten his ego. Hundreds of you are now imprisoned or facing indictment because of him. And he’s taken you for a quarter of a billion dollars, besides. But sure, you go right on believing in him. Everybody plays the fool.

Some of us more than others.