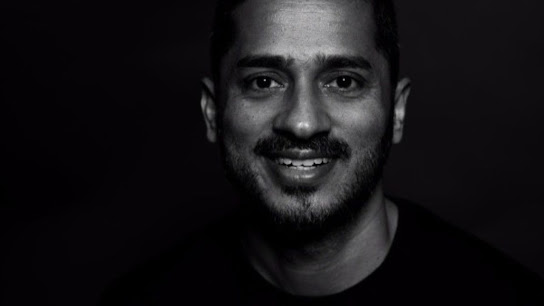 Just in case you don't recognize the person pictured above, let me introduce you to Mayur Gupta, the recently-named Chief Marketing Officer of the cryptocurrency platform Kraken. You can read about Gupta's appointment by clicking right here. That link will direct you to an article in The Wall Street Journal of April 20, 2022.
If you click this link, which will take you to the Kraken website, you will find the following pitch (at least, this is the "pitch" I found on the day I created this blog posting):

Sign up today to easily buy 100+ cryptocurrencies. Get started in minutes with as little as $10.

Just because I am picky, let me note that Kraken has included a split infinitive in its online marketing efforts. A "split infinitive" is a grammatical construction ever more tolerated but, I think, still disfavored when good grammar is considered to be important. Let's talk about substance, however, not grammatical peccadilloes. What Kraken, and other cryptocurrency companies are offering us is an opportunity to invest in .....
Money.
Money is the "medium of exchange" that saves us from the necessity to "barter" what assets we might have to put food on our table and a roof over our head. Money is an amazing invention that has led to our modern world.
Now, does investing our money in money really make any sense? I suggest not.
Let's begin with a non-cryptocurrency example. I have a job. I earn a salary. When I get my check from my employer, I take that check down to the bank and I cash it, and I get.... Money. I get "dollars," to be specific. They are useful to buy things. But let's say I don't need all my dollars just to survive, and that I don't want to "consume" all the money that I have just earned. Say I have $1,000 left over after paying my rent and buying the groceries. I decide to "invest" that $1,000. What should I invest in? How about....
Money?
Investing my dollars in dollars makes no sense. I already have 1,000 dollars. Trading that $1,000 for a different $1,000 doesn't get me anywhere. If I want my money to earn me more money, then I have to invest in something that will "make money." For instance, I could invest in a start up high-tech firm. Or a student-run business that I think has lots of promise. Or Tesla. Or General Motors. I should be looking to "put my dollars to work," as the saying goes, giving them to an individual or a company that will use them to produce something that is worth more than the dollars I invest in the effort.
But what if I invest in money itself? What if I invest my dollars in cryptocurrency, another form of money? I already have the dollars, and if I turn those dollars into Bitcoin, or one of the other 100+ cryptocurrencies advertised by Kraken, I am not investing them in any productive enterprise at all. I am just trading my money (in dollars) for another kind of money (in cryptocurrency). No new productive enterprise will eventuate. But....
Maybe I can trade my cryptocurrency money into money as measured in dollars at a later date, which will mean that I will end up with more dollars than I started off with. That is exactly what Kraken suggests that I should do.
Why would that work, though? Not because my money measured in dollars, when converted into money measured in cryptocurrency, is utilized for the production of something new that increases the value of the money I invested.
No, I'll get more dollars back later on only if someone, somewhere, is willing to pay more dollars for the cryptocurrency I acquired with fewer dollars at the earlier date.
That would be great, but maybe they will pay less, too. It's a gamble on what other people will pay, not an "investment." Investing money in money is not really "investing," at all. It's speculating.
No wonder Kraken needs a "marketing" officer!
According to another article in The Wall Street Journal (same date; this article on the first page): "Crypto Stocks Perform Worse Than Currencies."
Right. In other words, if you have some money measured in dollars, you'd be better off just to save those dollars, instead of turning them into cryptocurrency, hoping that someone, somewhere, will pay more dollars for that cryptocurrency money than you did. This is not surprising.
Any investment that is not an effort to use our assets to do something that will result in the production of goods and services that will be worth more than the investment we initially made is not going to produce an increase in value.
So, if you happen to be lucky enough to have some money left over after you pay your bills, you might want to save it (generally a good idea, actually), or you might want to "invest" it, and hope the enterprise or individual to which you entrust your money will make a good and productive use of it, so your investment increases in value.
Or.... you can turn your money measured in dollars into another form of money, measured in cryptocurrency, and hope that someone, somewhere, will pay you more dollars for the cryptocurrency than you paid for it initially.
You can also take a trip to the Chukchansi Gold Resort and Casino, located in the Fresno area. You might get lucky that way, too.
Image Credit:
https://talkingbiznews.com/we-talk-biz-news/gannett-appoints-gupta-as-chief-marketing-and-strategy-officer/
To Subscribe Just Click This Link