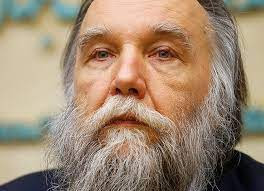 According to City Journal, a publication of the more or less "right wing" Manhattan Institute, Alexander Dugin, pictured above, is "Putin's Philosopher." Jacobin, a magazine for the socialist "left," completely agrees that Dugin and Putin are joined at the intellectual/spiritual hip. According to Wikipedia, Dugin's views are characterized as "fascist." The Jewish Chronicle calls Dugin a "sinister ideologue."
While not necessarily promoting Dugin as a "good guy," City Journal does suggest that there is significant intellectual substance in what Dugin is arguing, and that we all need to pay attention. As City Journal sees it, Dugin is asserting that the current conflict in Ukraine represents a "showdown between East and West." If we, "the West," want to win the showdown, we have to "know our enemy." Here is how City Journal puts it, in an article dated March 27, 2022:

Instead of the Soviet Union, the U.S. is facing a Eurasian continent, with Russia as its soul. In geographic space, Eurasia covers the former Soviet empire, excluding the Baltic states, as well as Mongolia and parts of northwest China. And within this territory resides a great civilization—a Russian civilization—that represents the one true alternative to the decadent, globalized West.

"East" versus "West" is one way to see the world. "North" versus "South" might also be a valid way to try to understand the geopolitical realities that are the subject addressed by City Journal. Do we really have two antagonistic civilizations, as City Journal asserts? One representing "Spartan" ideals (the "East") and one representing the ideals of Athens (the "West")? Again, it seems to me that this is certainly one way to see the world, but I want to make an observation that I think should cause us to rise above "history," the story of our past conflicts.
It used to be that we could see conflict and competition between different philosophies and worldviews as a valid way to understand the world. I suggest that the global warming/climate emergency that we have precipitated by our human actions have now made such a perspective not only outmoded, but counterproductive.
City Journal talks about two civilizations. The Climate Crisis makes it one world: 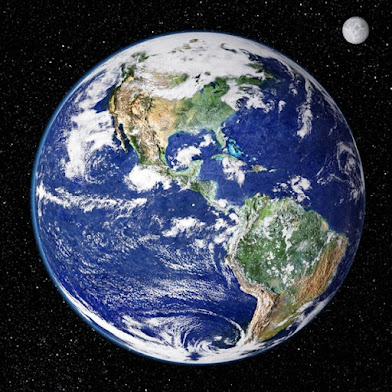