#69/ Caitlin, And Thomas, And The War In Ukraine 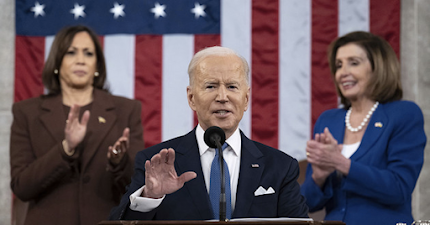 Caitlin Johnstone is a reader-supported independent journalist from Melbourne, Australia, who writes columns about political topics, and specifically about the government of the United States of America. She is not a fan.
In a column published on March 8, 2022, Johnstone gave her view of the current military actions in Ukraine: "The US Chose This Conflict." It is Johnstone's view that the United States government promoted and encouraged the Russian invasion, in order to make Russia look bad to the world, all the better to maintain the United States' hegemonic position in world affairs. Here is a quick quote (you are encouraged to read the entire column):

Just your regular reminder that the US empire (A) had solid intelligence that this war was coming, (B) knew they could prevent it by making very reasonable, low-cost concessions like promising not to add a nation to NATO that they didn't want to add anyway, and (C) chose not to.

It's 2022 and people still believe the US is pouring weapons into a foreign country to protect freedom and democracy. That's like being 57 and still believing in the Tooth Fairy.

The US empire has had a standing policy of preventing the rise of any rival superpowers since the USSR collapsed, by which I mean that policy was explicitly laid out in writing within months of the Soviet Union's dissolution. Both Moscow and Beijing have refused to kiss the imperial ring, and crippling Russia is an essential part of hamstringing China's rise. This was all planned years ago.

Gilbert Doctorow described back in 2017 how Moscow and Beijing have formed a mutually beneficial "tandem" based on their respective strengths; Russia as a major military force who is willing to confront the US empire, and China as a rising economic superpower. Empire managers had previously expected that Moscow would be forced to pivot to Washington and become a member state of the empire. The fact that it chose Beijing instead to retain its sovereignty is what set all this in motion.

This was all planned years in advance. It's no coincidence that we were hammered with narratives originating from US intelligence agencies which inflamed hysteria about Russia in the years leading up to this, most of which had nothing to do with Ukraine. I mean for Christ's sake, even the one narrative that did involve Ukraine occurred because a CIA officer (ridiculously labeled a "whistleblower" by the mass media) just so happened to be in the right place at the right time to get it rolling.

Thomas Friedman, a much more well-known columnist, who writes for The New York Times, wrote a column on March 9, 2022, that was titled, "Putin Has No Good Way Out, and That Really Scares Me." I encourage you to read that column, too, realizing that there may be a paywall problem. Here is a brief excerpt of what Friedman has to say:

If you’re hoping that the instability that Vladimir Putin’s war on Ukraine has wreaked on global markets and geopolitics has peaked, your hope is in vain. We haven’t seen anything yet. Wait until Putin fully grasps that his only choices left in Ukraine are how to lose — early and small and a little humiliated or late and big and deeply humiliated.

I can’t even wrap my mind around what kind of financial and political shocks will radiate from Russia — this country that is the world’s third-largest oil producer and possesses some 6,000 nuclear warheads — when it loses a war of choice that was spearheaded by one man, who can never afford to admit defeat.

Why not? Because Putin surely knows that “the Russian national tradition is unforgiving of military setbacks,” observed Leon Aron, a Russia expert at the American Enterprise Institute, who is writing a book about Putin’s road to Ukraine.

“Virtually every major defeat has resulted in radical change,” added Aron, writing in The Washington Post. “The Crimean War (1853-1856) precipitated Emperor Alexander II’s liberal revolution from above. The Russo-Japanese War (1904-1905) brought about the First Russian Revolution. The catastrophe of World War I resulted in Emperor Nicholas II’s abdication and the Bolshevik Revolution. And the war in Afghanistan became a key factor in Soviet leader Mikhail Gorbachev’s reforms.” Also, retreating from Cuba contributed significantly to Nikita Khrushchev’s removal two years later.

In the coming weeks it will become more and more obvious that our biggest problem with Putin in Ukraine is that he will refuse to lose early and small, and the only other outcome is that he will lose big and late. But because this is solely his war and he cannot admit defeat, he could keep doubling down in Ukraine until … until he contemplates using a nuclear weapon.

Whether you buy into Johnstone's theory about what this war is all about or not, Friedman's column does outline what seems to lie in the future. If Friedman is right, we should be imploring our government to be pushing for the kind of "very reasonable, low-cost concessions" that can induce Vladimir Putin to stop his invasion. That would require, I am pretty sure, an effort to make clear to the world that the United States government believes that Putin is not an archangel of absolute evil, but a world leader of significant importance with whom other nations can, responsibly, negotiate. Any such "reasonable low-cost concessions" would have to let Putin recover his reputation.
The other approach is to seek to mobilize world opinion to grind out Putin like a still-ignited cigarette butt on the sidewalk (and too bad for Ukraine and its people, but what can you do?).
Even if Johnstone is completely wrong in her assertions that the United States actually planned for this war to occur, Friedman's prediction of where it may end, absent some solution that will let Putin take the "lose early and small" option, should be a real motivation to the United States government to be seeking and promoting a face-saving, concession-filled option to Vladimir Putin, that leaves him looking a lot better than he does right now.
Or (here's the other alternative) we can keep on doing what we're doing, until Vladimir Putin "contemplates using a nuclear weapon."
I really don't think that's a good alternative!
Image Credit:
https://caitlinjohnstone.substack.com/p/the-us-chose-this-conflict-notes?s=w
To Subscribe Just Click This Link