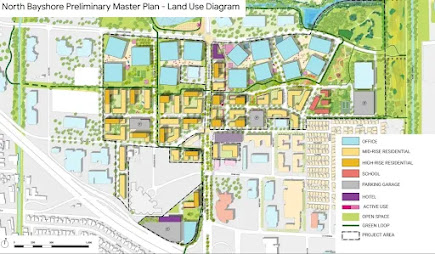 Google Project Would Do Little To Help Housing

Re. “Google proposal one of Bay Area’s largest residential projects in history,” Page B1:

The headline on your Dec. 14 article touting Google’s proposed Mountain View project as “one of the Bay Area’s largest residential projects in history” is incredibly misleading.

While the project may create “as many as” 7,000 living units, it would also create well over 20,000 additional jobs. In other words, the project would make Silicon Valley’s housing shortage considerably worse. Further, while it is likely that most of the office space would be built in the short term, much of the housing – which consists solely of high-rise apartments – might not be built for decades.

The article is certainly a nice marketing piece for Google and the developers, but it is woefully lacking in objective analysis of the project and perpetuates the illusion that Silicon Valley government and corporations are taking meaningful action to address the region’s critical jobs/housing imbalance.

Let's give Mr. Leask credit for having penetrated the myth that building more housing, per se, is the way to solving our housing crisis. In fact, as he points out, when we contemplate the housing crisis that is afflicting us, housing "supply" is only one factor we need to consider. Housing "demand," actually, is even more important.
The major industries stimulating the economy in the Silicon Valley (with massive spillover impacts into Santa Cruz County, where I live) are creating a demand for more housing by creating the jobs, that require the workers, that require the housing. These Silicon Valley giants are making profits of billions of dollars per year, and if they were paying their own way, they would be required by state and local government to match the "demand" with the "supply," and to pay for the necessary subsidy to provide housing for the new workers that come for the new jobs they create.
Of course, requiring Google, Facebook, and other such such corporations to match housing with the new workers they bring into our local communities would definitely cut into their corporate profits. This is why these major Silicon Valley corporations are funding the "YIMBY" movement (supposedly "grassroots," but not really), arguing that it's "our" fault that there isn't more housing in our local communities. As ever, the highest levels of government (state government in this case) end up siding with the guys with the big bucks, which is why Governor Newsom and the State Legislature (even including our local Assembly Member, Mark Stone, and our local State Senator, John Laird), have helped enact SB 9, effective January 1st of this year, letting property owner/developers build four homes on pretty much any single family lot in the state, without any need to get approval from the local government.
Check out the prices being paid, in Santa Cruz, for small, undistinguished houses, houses that are probably providing rental housing, now, at the low end of the market. The prices are astronomical - and why is that? Because now each one of those houses, with its lot, can be developed with four houses - all sold or rented at "market rate." SB 9, in fact, far from helping with "affordable housing," is a windfall for developers and property owners and is making our housing crisis worse.
Do we really want affordable housing? Instead of blaming local communities, let's start blaming the massive corporations that are creating the problem - and then make them pony up, to address the impacts that they are causing.
Wow! Making the corporations pay for the impacts they cause: What a concept!
Let's be honest, though. As I have already noted, if we made these big corporations pay for the impacts they cause (instead of allowing them to "externalize" both their housing and transportation impacts, shifting the burdens on to local communities), that would definitely affect their corporate profits!
And that, of course, would be so sad!
Image Credit:
https://www.mercurynews.com/2021/12/13/googles-urban-village-proposal-in-this-city-one-of-bay-areas-largest-residential-project-in-history/
To Subscribe Just Click This Link